An extract from one of Roy's logbooks whilst at 1690 BDTF 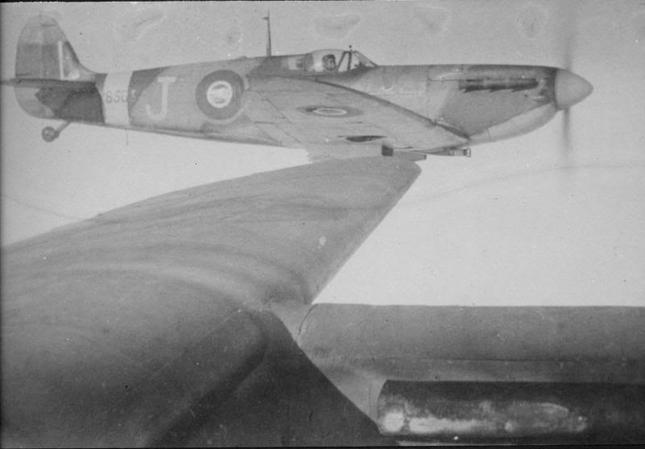 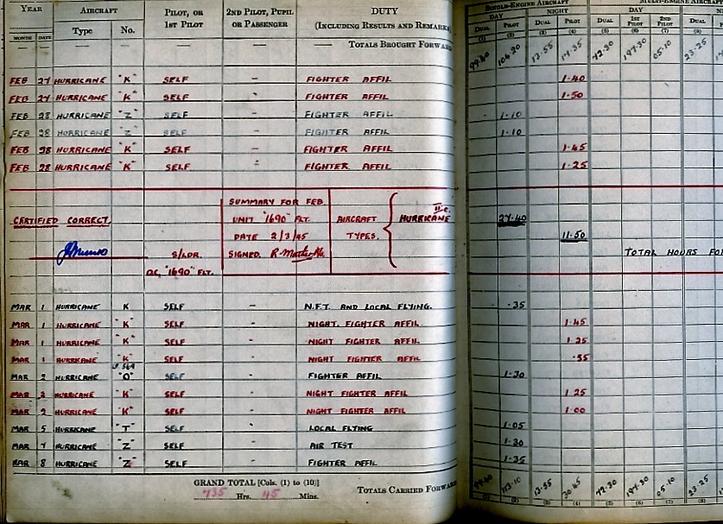 A Spitfire from 1690 BDTF accosts a Lancaster c. P. Allam

Roy arrived at RAF Wellingore for 'single refresher' on the 22nd January 1945, flying a Harvard AT-6 before taking up his position as staff pilot at RAF Metheringham a few days later. He once told me that when he arrived he was given the choice of a Spitfire or a Hurricane and after a circuit of both he opted for the Hurricane as he said he could just ease up in his seat and see to taxi it whereas the visibility of the Spit straight ahead was virtually non existent with taxiing performed by zig-zagging down the roadways. The other staff pilots there, F/O Bob Lasham and F/O 'Nobby' Clarke were also flying Hurricanes and it was around this time that the Spitfires were taken off strength at Metheringham. It's a very good possibility that the Spit in the above photo was the one that Roy took for a spin.

​The main job of the BDTF's training was to acquaint new pilots to the maneuverability of fighters and how to avoid them. It was no great secret that fighters had the advantage of speed and maneuverability over the slower and much larger bombers. And if a bomber crew were to stand a chance of survival it all hinged on how well the pilot could toss and turn his big bomber around in the sky. A staff pilot from the training flight would act as the "enemy". An instructor would be on board the bomber for the first or so tries after that it was all up to the new pilot. The instructor's direction to the trainee pilot was to "keep it simple" and make every move to the maximum effort. After all this would be a matter of life and death in a real attack, so to in the Affiliation training everything was to the max. Throwing the aircraft around and the crew inside with it.
The instructor using the intercom to let the crew know what was coming next.

The main defensive manoeuvre of the Lancaster was the 'Corkscrew Manoeuver' - It may sound like a simple turn and dive to one side or the other, in fact that would be just the start, a pilot would get the "corkscrew to .... " order from one of he gunners normally. Although any of the crew who spotted aircraft may give the order. The start of the maneuver was into a dive to one side or the other, the decision of either port or starboard being made by the gunner based on the direction and angle of attack.
The first action may have been enough to throw the attackers aim off, but maybe not the attacking pilot's ability to keep on the bombers tail. During the training the pilots were to put their bombers through a series of climbs and dives, turns to either side, with the whole effect being something like a roller coaster ride.
For the pilot to place the bomber in a corkscrew port, he would have the stick hard forward, foot hard in on the left rudder and wheel fully over to the left. The pilot would have two other things on his mind regarding the attempt to escape. One was not to make the pattern repetitive enough for the fighter to figure out his next move. Secondly try and keep the swings from port to starboard in equal numbers to help the aircraft keep on the same heading.

The Navigator would try and keep track of where they were at any point in the corkscrew and when the "resume course" order was given, he would forward the course headings to the pilot.
For the training exercise the gunners would be using Cine guns, and trying to keep the "enemy" fighter in their sights or at least pass on the information of his position to the aircraft's captain. The film from the camera guns would be analyzed later judged on many things including point of aim, deflection and range then the gunner would be graded on the results. 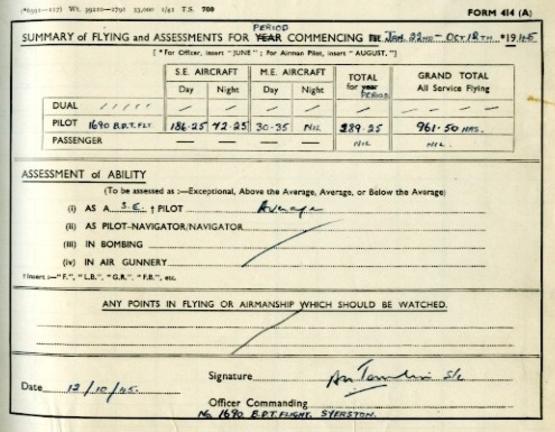 Early in June 1944, 1690 Flight moved to RAF Syerston, Nottinghamshire. During the long summer days Roy would fly up to half a dozen fighter affiliation flights a day most days with a few breaks to take some Air Training Cadets up in an Airspeed Oxford.


​After VJ day in August 1945, fewer and fewer flights were made and on the 2nd October 1945, Roy made his last Hawker Hurricane flight. He was transferred to the RAF Volunteer Reserve, but not for long!​ 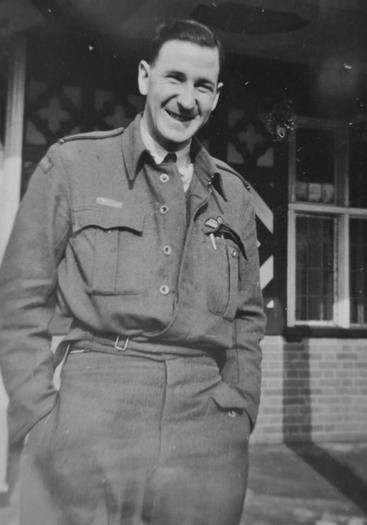 His evaluation during his time at 1690 was still Average

One interesting thing about Roy's time here was that his CO on 1690 was none other than Squadron Leader John Leslie Munro, CNZM, DSO, QSO, DFC, JP who was one of the pilots on the Dam Busters raid. In the above logbook photo his signature appears signing off Roy's endeavours.
In fact when he died in 2014, Les was the last surviving pilot from the Dams raid. RIP Sir.​