This is best said in a tribute to Clive in an Austrailian Forrestry magazine, an industry Clive played a big part in:

​'Clive William Price OAM, FIFA
Warm congratulations to Fellow of the Institute, Clive Price, who was awarded the Medal of the order of Australia in a recent Honours List.
Clive has always been a committed exponent of forestry and woodcraft to the wider community and he is indeed a most accomplished wood-craftsman. However, the award was largely for his considerable contribution to Queensland Forestry and the Queensland National Parks and Wildlife Service, and since retirement, for his services to Greening Australia and Men of the Trees.
Clive served in the RAAF and then the RAF during World War II. He was a Bomb Aimer and flew in 30 operations over occupied Europe. Upon discharge, he studied at the University of Queensland for his B.Sc. (For.) and at the Australian Forestry School for his Dip. For student accommodation in Canberra in those days was certainly spartan and for Forestry students it consisted of small, about 3 x 4 m, wooden huts known as “Spruce Cubes”, located up the back of the old AFS building at Yarralumla.
Some know, but some of us can only imagine, the wild times that would have ensued when the mostly ex-servicemen student body got together to let off steam!
In his working life, Clive was Assistant District Forester at Monto and Gympie, Sub District Forester in Imbil, Fire Protection Officer for the State and District Forester, Yarraman. When the Queensland National Parks and Wildlife Service was established as an independent organisation in 1975, he was appointed Deputy Director and held this position with distinction, until retirement at the age of sixty in 1983.
In retirement he became involved in the launching of Greening Australia in Queensland and soon became the State Chairman. The current high standing of Greening Australia owes much to Clive’s guidance and to his ability to raise the public proﬁle of this worthwhile and necessary part of forestry in this country. The Men of the Trees organisation has also benefited from his enthusiasm and expertise. He was on the State Committee for several years and to publicise the movement and raise funds he wrote, in 1991, the book “The Men of the Trees Queensland… The First Decade.”
Clive has always been somewhat of a legend with the pen and many of us have grown accustomed to seeing his often humorous but pithy, letters to the editor in the national dailies.
He has, over the years, been a great supporter of the Institute and was Queensland Chairman for a biennium. During this time he revived membership interest with a range of field trips and regular guest speaker meetings. Clive has done much for the profession. His enthusiasm and his ability in many areas have set him apart, and he richly deserves this accolade, bestowed on him on behalf of all of us, by the Government of Australia.
Our profession receives little positive media exposure, so it is a welcome change when an Institute member is honoured for sustained efforts in progressing conservation and tree planting within the community. Well done Clive!!' 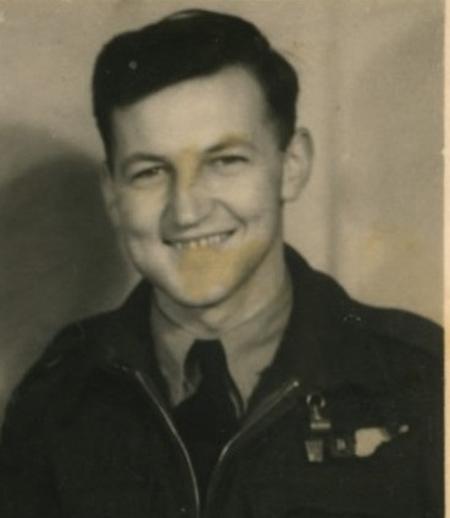 Clive Price and Jim Smart, July 1949. Spruce Cubes are in the background 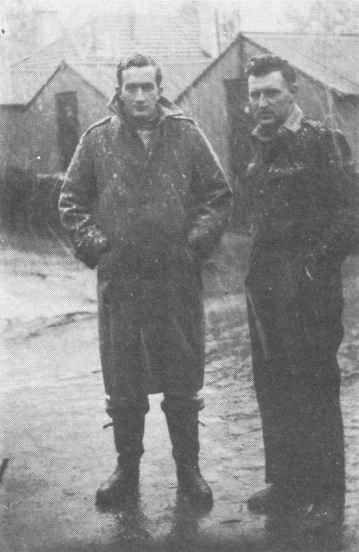 Clive Price in the doorway of his “Spruce Cube ", March 1949 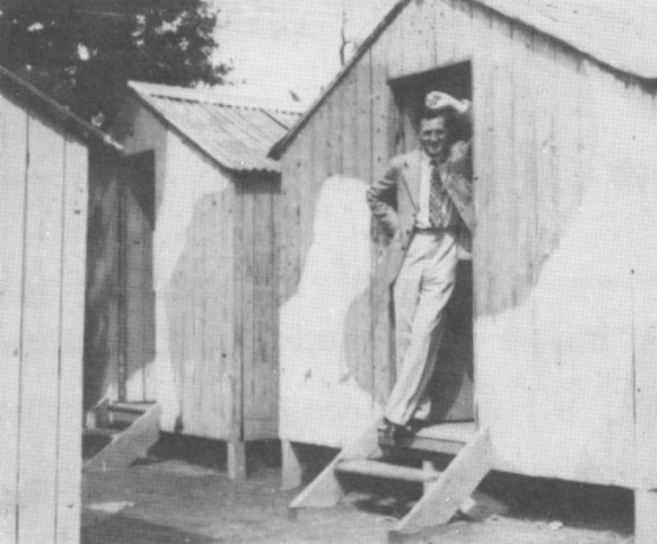