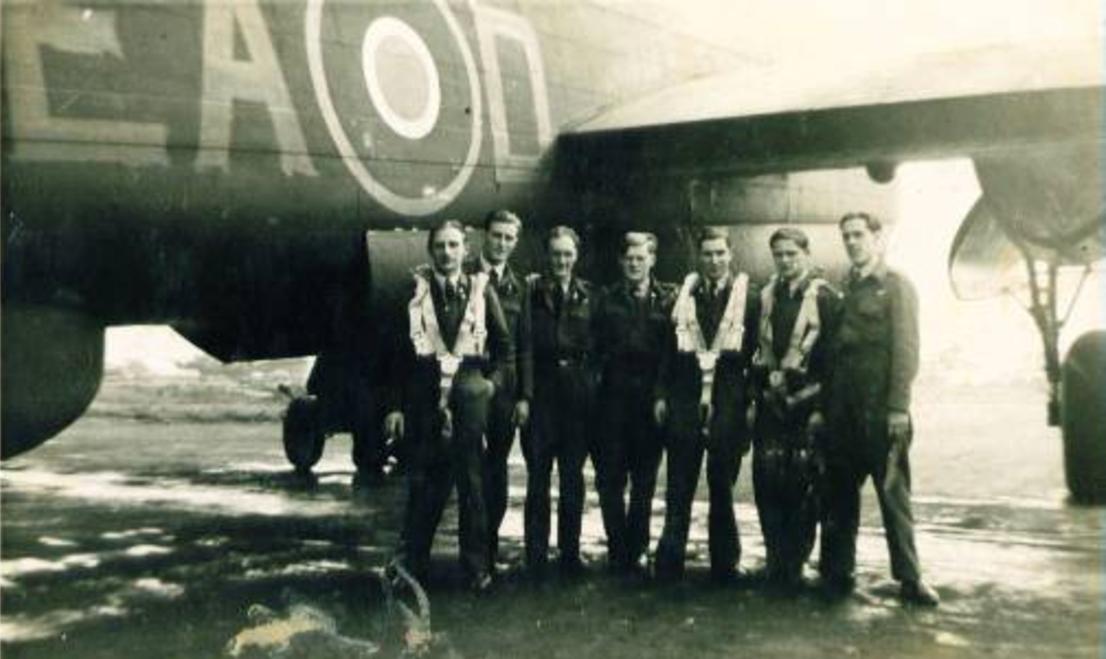 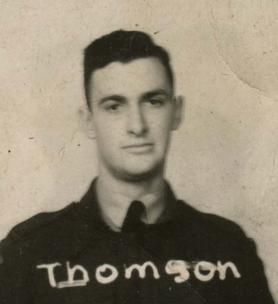 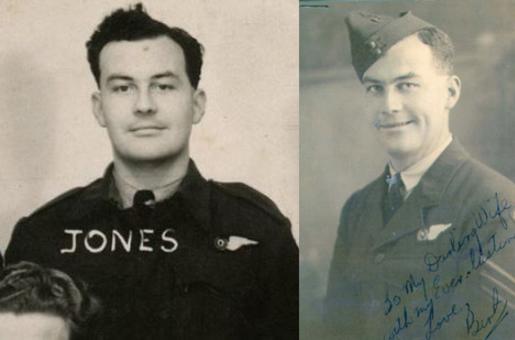 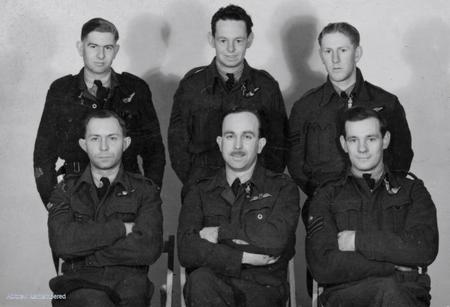 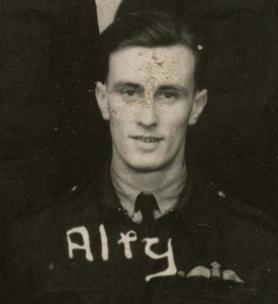 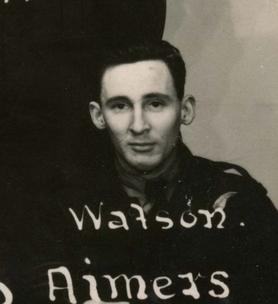 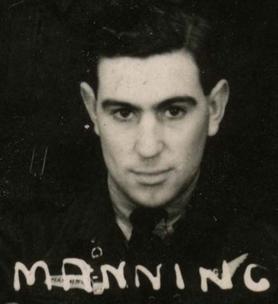 I started with the belief that the men in the above picture that have been marked with an 'x' Tanner, Huish, and Harrison, were Roy's original crew. As mentioned before, crew selection was surprisingly haphazard, with the men being asked to sort themselves out into a crew. With the terrible loss of life on the ​​bomber crews, I began to look closer at the four photos above from 17 OTU at Silverstone, wondering what happened to the brave men on them. Did they all survive the war and complete there tour, were any of them shot down and become POW's?

​With these questions in mind, I posted the pictures on a few Facebook groups to see if anybody recognised a face or two. On one particular group, I had a message from a person called Garth Barnard, a historian for RAF Silverstone and RAF Turweston.

​Garth turned out to be the presenter of 'WWII Air Crash Detectives' television program. He noticed some familiar names in the photos and suggested that one of the crews were all killed in a crash during their time at 17 OTU. 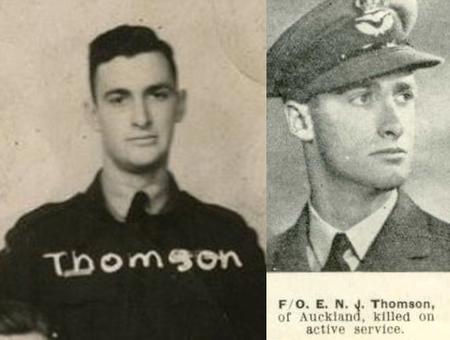 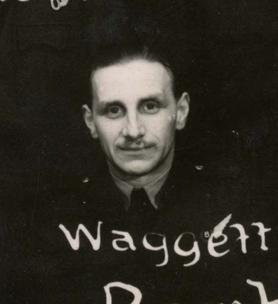 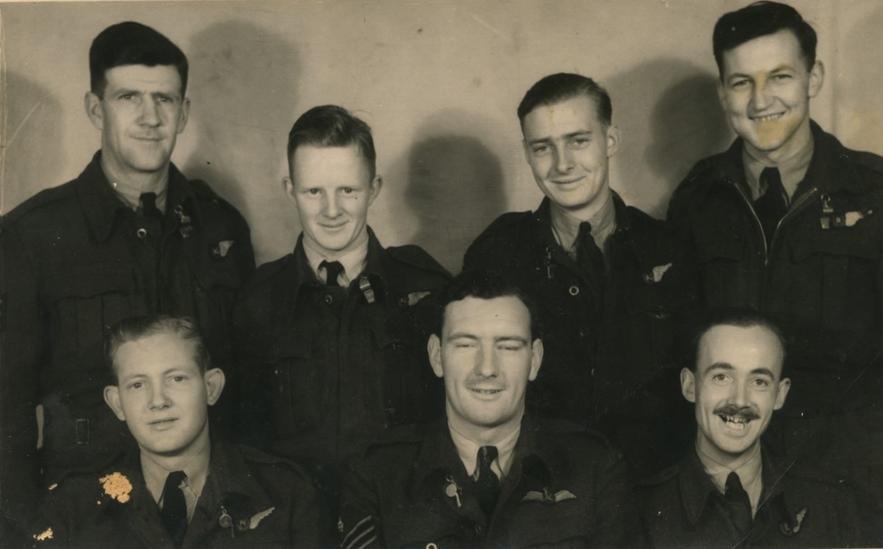 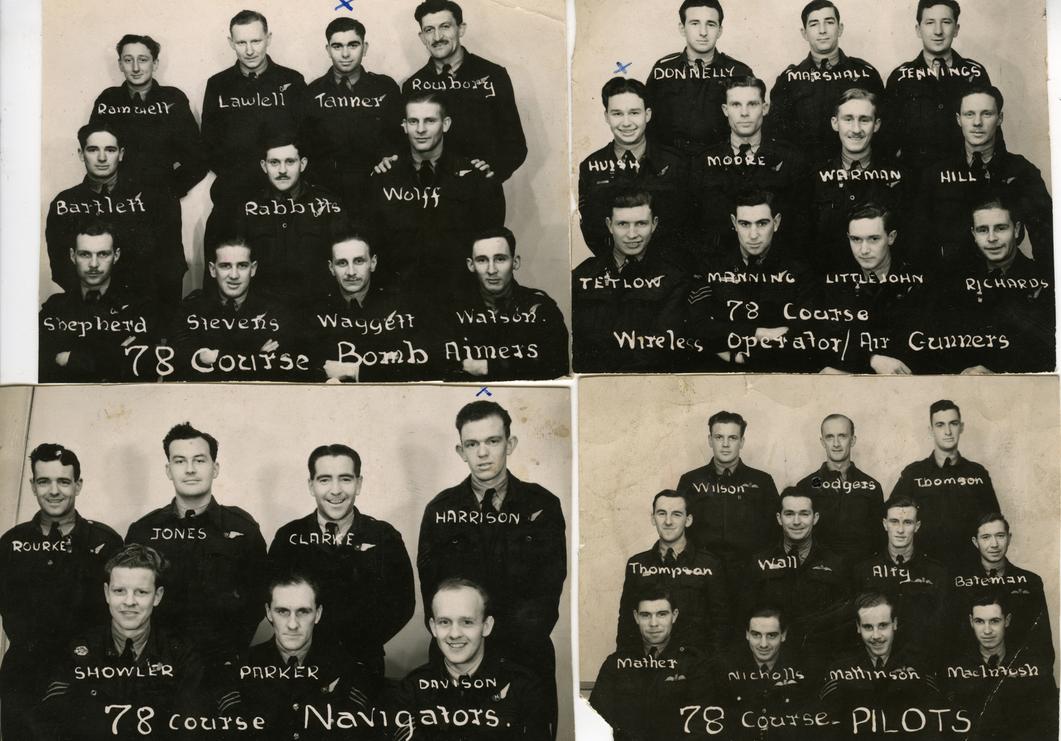 Norm Alty's crew at 17 OTU Siverstone before gaining the Air gunners. They went on to join 49 Squadron for their tour

​​I still have had no luck in tracing Tanner, Huish, and Harrison but I have not given up hope yet. Before we move on to Roy's crew with which he completed his tour of 30 ops, I'd like to include another memory from another old boy. 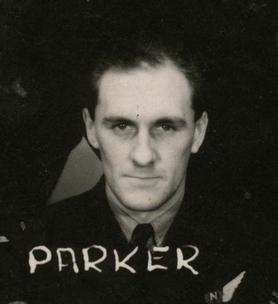 ​​On 23rd March 1944 a Wellington (HE688 of 17 OTU) took off at 1915 hours from Silverstone airfield, near Towcester, in Northamptonshire, for an evening cross country training exercise. Whilst over the Northallerton area of North Yorkshire control of the aircraft was lost after the port engine failed, and the aircraft went into a dive.

While trying the pull the aircraft out of the dive it began to break up and crashed into the ground at a near vertical angle at 2105 hours near Little Beech Hill, west of Osmotherley and all six airmen on board were killed. The three Commonwealth airmen were buried at Harrogate with RAF Leeming's Padre officiating.

​​On another Social Media group I had a contact from a chap called Andy Mac who recognised Norm Alty DFC and his crew, some of whom are here. Ken Manning, Bob Waggett and Ted Parker DFC. They flew with 49 Squadron RAF and survived the war. Ken died in October 2016 at the ripe old age of 93.

The crew of the ill fated Wellington HE688 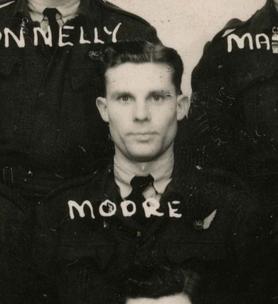 ​​On the same group that I was contacted by Andy Mac, I had a message from an old boy who was a rear gunner in 463 squadron, Don 'Birkin' Wills. He sent me this message:

​'My pilot was Tanner but we were on 76 Course. I think we arrived New Year's Eve. We were the first course when more than half were RAAF. Three of the pilots were RAF I think only a few air gunners were RAF. John O'Driscoll was RNZAF. Most of that course went to either 467 or 463 Squadrons.'

​'forming crews was left to all on the course to sought themselves. Only stipulation a pilot not to have a commissioned officer in his crew. This was brought about Flt Sgt Middleton RAAF was awarded the VC posthumously. The fact that most of his crew were commissioned RAF officers caused much consternation in Australia. Days later his commission had not been promulgated.'

Don's pilot was an RAF  officer F/O Keith 'Zak' Tanner. They had a very narrow squeak indeed when they were hit by flak during an op over Boulogne. With the Lancaster badly crippled, Zac ordered the crew to bail out. Everyone did except for the MuG and Don who couldn't open the rear hatch after the handle broke. They were forced to come to the forward hatch whilst Zac tried to keep the aircraft level. They squeezed themselves out at 2/3000 feet. Zac then descended to 1500 feet and tried to bail but the aircraft veered out of control so Zac was forced to retake control and affect a landing in a field, an act that his crew was later to regard as a 'miracle'. I asked Don about his narrow escape and he messaged back:

'That was quite an event. Despite trouble with jammed hatch peace and calmness allowed us to bail out with not even a scratch. The funny side was because of the loose flying boots worn by gunners either the slip stream or when the parachute opened, I lost both boots. What was even more amazing was that the Air Commodore, flying in his own small aircraft made a landing and picked up the wireless operator and flew him back to Waddington not too long after everyone else had landed. We are now history in a book published in France with the story I had written'

Don continued with a memory of Roy's crew :

'Your fathers two were Aub Thomas and "Junior" Smart, because was so much older and acted as son and father. My pilot was FO Tanner, our two crews stayed close together from OTU HCU LFS. My crew were equally saddened with loss of their pilot John O'Driscoll. I cannot understand why after all the crew training to find fault of the pilot ability. I have met Aub Thomas several times and Aub said what a wonderful pilot and crew captain your father was and how much he was admired by all of them. At squadron reunions I have renewed friendship with them. Alas Junior remained in the RAAF Reserve and was recalled during problems in Malaysia and at some time he had died or killed still very young. Sincerely Don'

Two photos used to positively identify Edward and Bert. Edwards from a newspaper obituary and Bert's from a family picture. 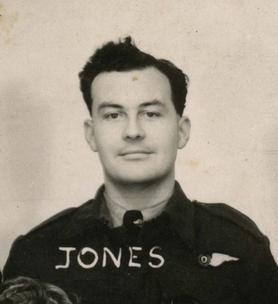