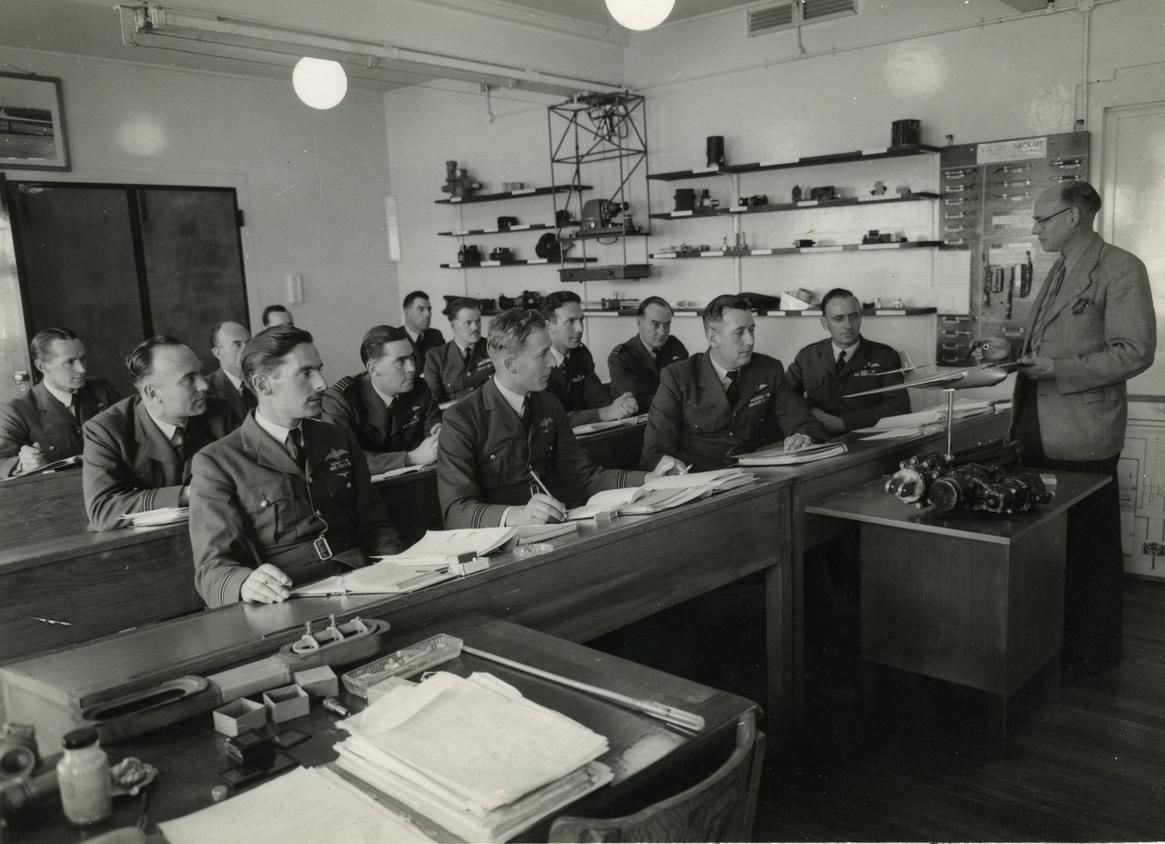 A great photo of the first Valiant course at Vickers. Roy is on the back row on the Right

The second most beautiful aircraft ever built in my humble opinion was the graceful Vickers Valiant, the first and shortest lived of the V-Bombers. The Valiant had a crew of five - two pilots, two navigators (one navigator plotter + one navigator bomber), air electronics officer.

​Since the Valiant was part of an entirely new class of bombers for the RAF, the crews for the new type were selected from experienced aircrew, with first pilots requiring 1,750 flying hours as an aircraft captain, with at least one tour flying the Canberra, with second pilots needing 700 hours in command and the remaining three crewmembers had to be recommended for posting to the Valiant by their commanding officers. It was an honour to be chosen to fly what was at the time the RAF's most expensive piece of kit. Excluding apparatus a Valiant cost around £333,333 to build plus £55,000 to train a pilot up to V-Bomber standard.

​There was an old joke with the Valiant crews that because of the strict criteria in selection of the crews both air and ground is that you had to have at least a thousand flying hours to pull the chocks away!

​Peter Rogers, in his excellent page on the V-Force Reunion website muses that 'It is reasonable to assume that the original captains had trained on the aircraft at Vickers before joining the Squadron'. This is possible in Roy's case, however and although his logbook lists him as being in 138 squadron from March 1955, some of the pilots on his first few exercises are not listed as 138 pilots. Flight Lieutenants Foster and Gibson and Flying Officer Bush are all listed as flying with Roy and could easily be attached to the Vickers company for his conversion.

​RAF Gaydon was to become the centre of excellence of Valiant flying much like RAF Binbrook was for the Canberra.

​On the 6th July 1955, 138 Squadron would relocate to RAF Wittering, Cambridgeshire, leaving Gaydon to be the source of the V-Bomber crews. 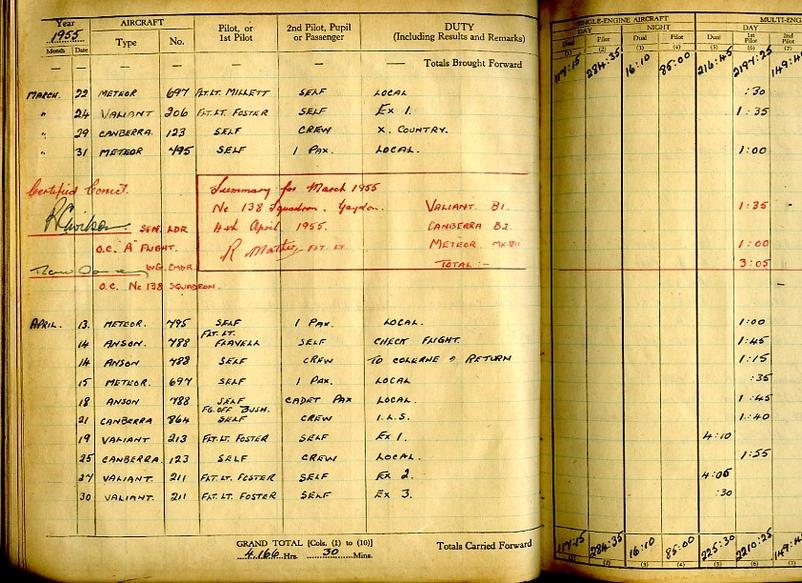 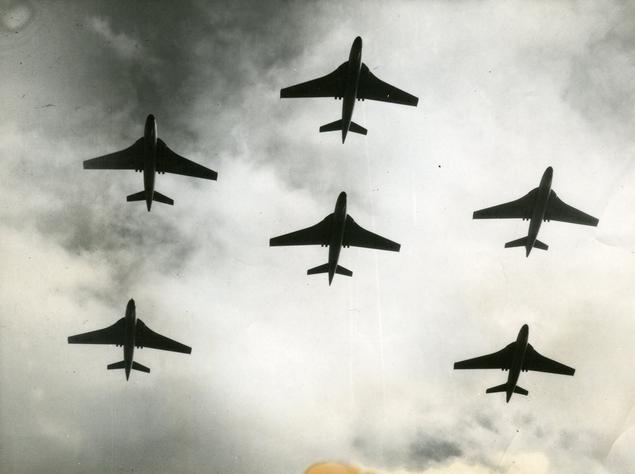 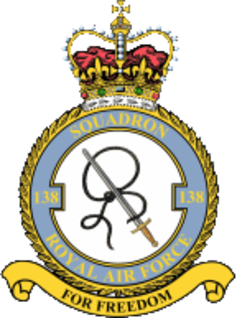 Toward the end of July flying in 138 was concentrated on WP222, with it being flown by all the crews. Roy flew 222 on the 25th, 27th and the 28th. On the morning of the very next day, the 29th July, WP 222 crashed at Barnock, shortly after take off in an easterly direction.  The accident enquiry concluded that a runaway aileron trim tab actuator caused the accident.  The aircraft banked to port at 60 degrees before it struck the ground and exploded.  It has been said that on early Valiants the trim switch was very close to the ‘press to talk’ VHF button and it might have been inadvertently actuated by one of the pilots.  However, the court of enquiry concluded that the runaway was caused by a short circuit in the electrical supply to the trim tab actuator. Either way it was a very lucky escape for Roy, a very close call indeed. Steps were taken to ensure that the trim tab travel was limited on all aircraft.  Squadron Leader Chalk and his crew were buried with due ceremony in the Wittering Village Church. 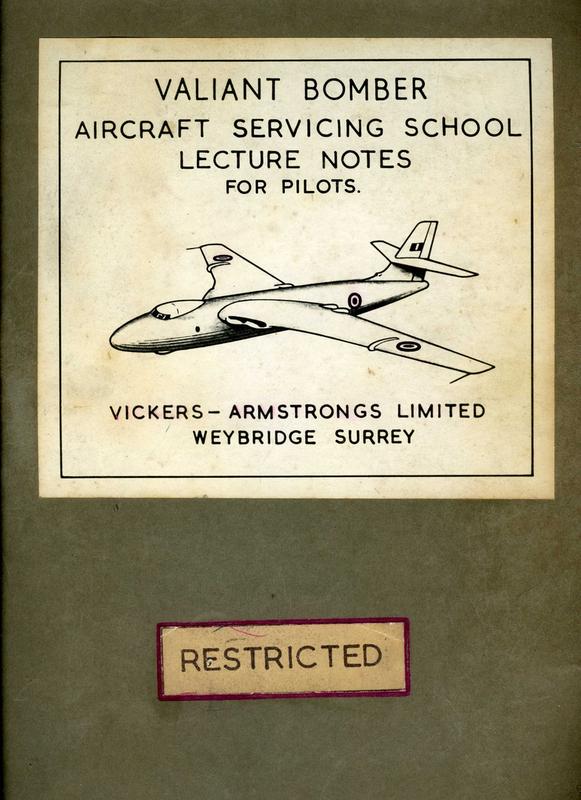 A flock of Valiants. 138 squadron in the air. 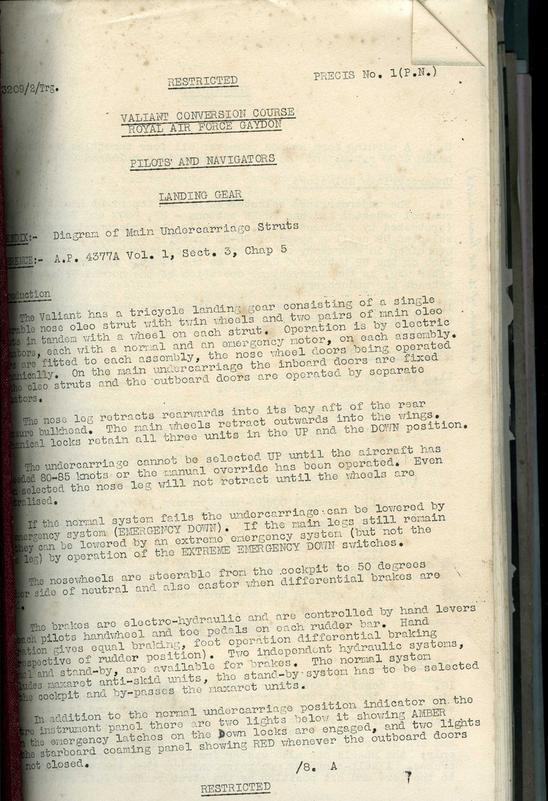 One of these days I will get around to scanning these documents in for posterity, but as Pete says, scanning is a thankless task.