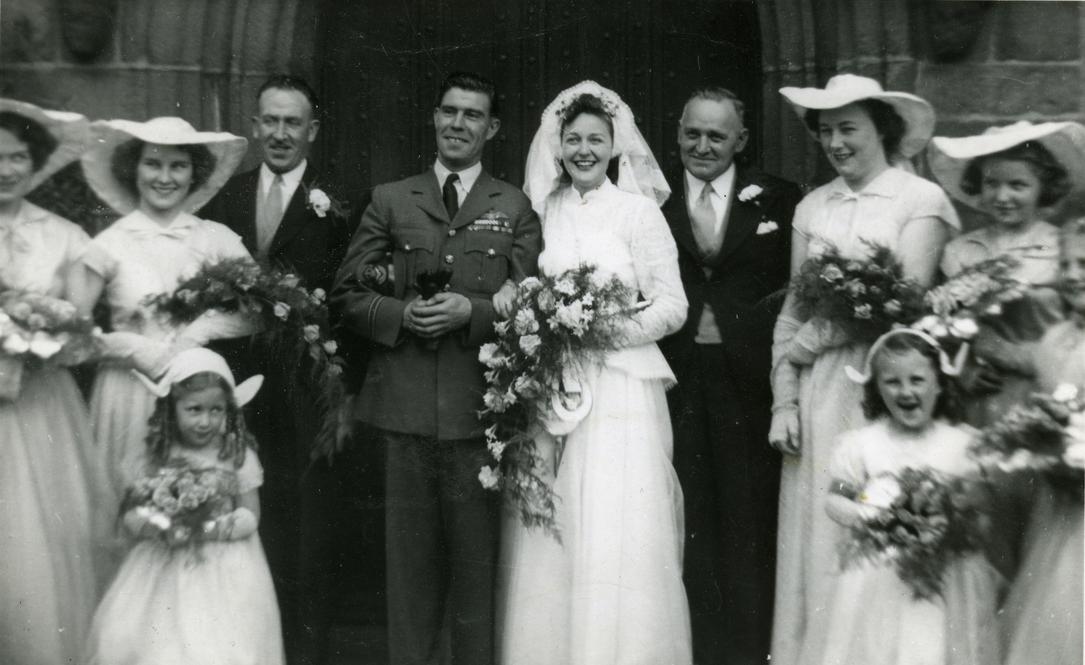 In December 1950, Roy arrived at RAF Marham, Norfolk. He had been selected to fly the B-29's at the Washington Conversion Unit for XV Squadron. During his time here, Roy flew with the legendary American test pilot, Col. Joseph F. Cotton.

Captain Cotton, as he was then, had flown one mission over occupied Europe during the war as a co-pilot but was shot down on the German occupied island of Corfu. Fortunately, it was some locals who found the crew and not the Germans. They spent 4 months in hiding before escaping to Italy. Joe returned to the States, as was the policy at the time for crews that had been shot down. On his return to the United States he became an instructor pilot (with only 400 hours of flight time). The powers that be determined that he was not fully qualified to be an instructor pilot due to his relative lack of experience and so he was transferred to B-29 training. Once he was checked out on the airframe, he asked to be transferred to the 35th Washington Conversion Squadron of the Royal Air Force of the United Kingdom.  His plan was to spend two to three years over in England as an exchange officer.  Then, he would apply to the Empire Test Pilot School (near Farnborough, England) to achieve his status as a certified ‘test pilot’. In 1962, now as the Air Force chief test pilot, he flew the first flight of the XB-70 at Edwards Air Force Base.
On April 12, 1966, Joe Cotton and Al White flew the XB-70A No. 2 at Mach 3.08 at 72,800 feet, a feat Mr. Sheehan said Mr. Cotton put at the top of his list of aviation accomplishments.

​When Roy took his place at XV squadron, on the first few proving flights, he was accompanied by Captain Cotton as a third pilot as the extract from XV squadron ORB shows below.​​

Another XV Squadron Washington crew, unfortunately just says Friends of Roy's on the back. Please contact me if you can ID anyone. 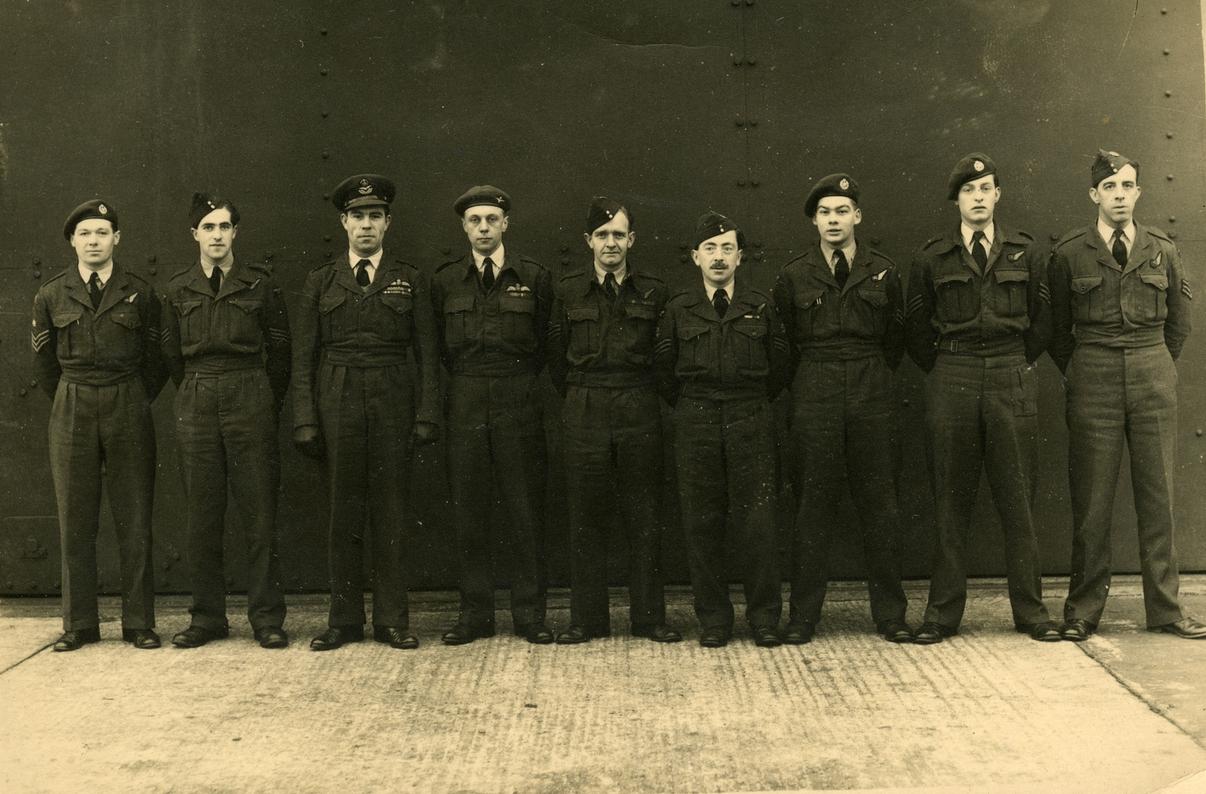 ​Roy and Jean got married on the 7th June 1952 at St, Lawrence's, North Wingfield, Derbyshire. They honeymooned in Scotland for two weeks but was soon back flying with Exercise Bait on the 25th.

Roy, third from the left, with his crew of a B1 Washington at XV squadron RAF Coningsby 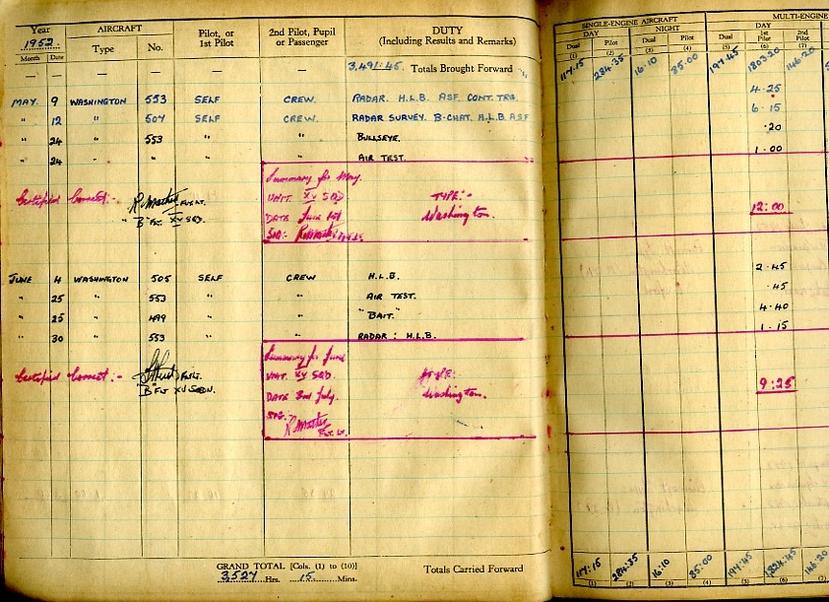 Ever wondered what a Christmas card from a XV squadron B-29 bomber pilot looks like? Wonder no more.

Early 1950 and the RAF were already put plans in motion to upgrade its fleet of aging piston engined bombers for jets. The largest bomber in RAF hands at the time was the Avro Lincoln. Although a bit bigger than the Lancaster it still wasn't big enough to carry the latest atom bomb. Not willing to divert efforts from the race to an airworthy jet bomber, the RAF acquired 87 B-29s from 20th March 1950 under the Mutual Defense Assistance Program. The USAF were in the process of mothballing these aircraft, so it came at a convenient time for the RAF. The B-29 Superfortress or the B1 Washington as the RAF called it, was the aircraft which dropped the A bombs on Hiroshima and Nagasaki (the Enola Gay and Bockscar respectively).

A RAF B1 Washington of 44 Squadron Coningsby

​​​​​The B-29 was becoming a dinosaur. The English Electric Canberra B2 was becoming Bomber Command's weapon of choice and once the even more prehistoric Avro Lincoln squadrons had been converted, it was the turn of the B-29 units.

Roy was about to enter the jet age. 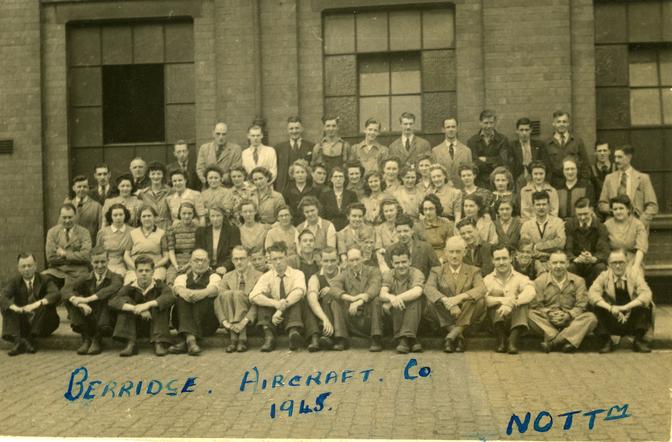 ​​​Roy flew a few exercises whilst on Washingtons including 'Pinnacle', 'Bullseye', 'Ardent' and 'Jungle King'.

​'Exercise Pinnacle' was the biggest test of Britain's air defences since the war. Mock attacks were carried out by bombers on different areas by night and day in a full scale peace-time battle that was fought out over a few days. Click on the picture of the logbook extract below to open a new window showing an excellent Movietone news reel film about the exercise. The first Washington seen is WF553 which Roy seemed to fly a lot at XV squadron and he flew it on 'Pinnacle' on the 6th October. I'd like to think that it was him flying it on the clip, however this is pure wishful thinking. 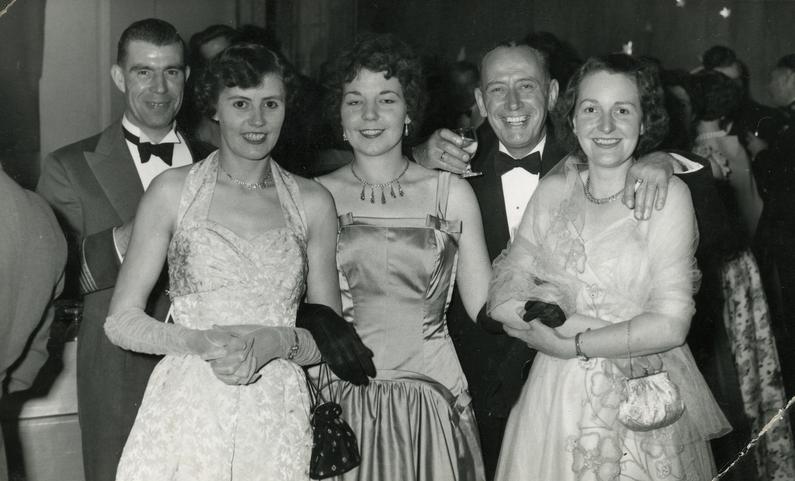 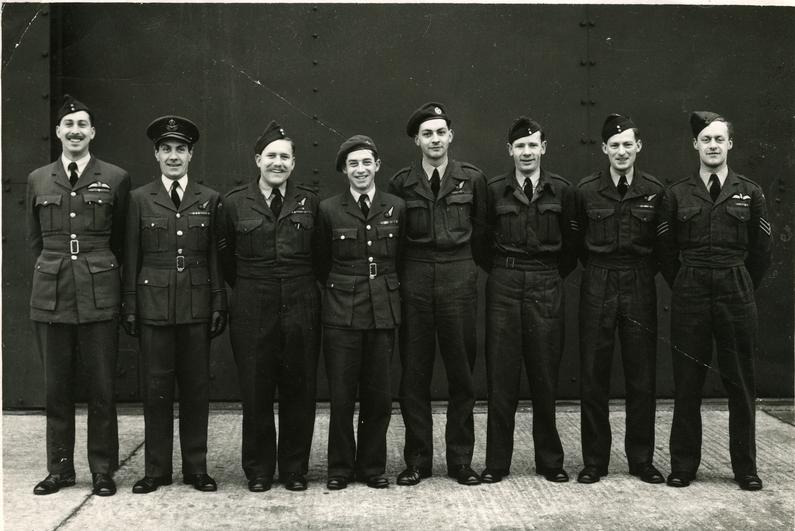 Roy and Jean on an evening out

The B-29's were quite an advanced aircraft when they first started to appear in the USAF towards the end of the war. The cabin and crew positions were fully pressurised and it was defended by a computer-controlled fire-control system that directed four machine gun turrets that could be operated by a single gunner and a fire-control officer. All weapons were aimed optically with targeting computed by analog electrical instrumentation. There were five interconnected sighting stations located in the nose and tail positions and three Plexiglas blisters in the central fuselage. With this system, the air gunners now became 'Scanners' as they had to scan the screens to pick up the targets, pretty impressive for the 1940's. They certainly must have been a big change from the types Roy had flown up to that point. The B-29's that the RAF 'borrowed' had the original R-3350 engines in them which although by then were far less troublesome than when first introduced, were much less powerful than the Wasp engines fitted to the B-29D still in use by the USAF at that time. By all accounts they could be a bit of a handful at takeoff with pilots describing  flight after takeoff as being an urgent struggle for airspeed!

​Whilst Roy was at Coningsby on the Washingtons, it would have been the time he met his future wife Jean Mawson. Born in Mexborough, Jean was a Sheffield lass at heart. By the time she met Roy she lived in the same village as him, North Wingfield. I may have to research this as I am just guessing that they would have met there whilst Roy was visiting​ his by then, widowed mum. Jean's father, Jack Mawson, was a gifted engineer who started humbly as a rope splicer at the collieries working his way up to Chief Engine wright and Mechanisation Officer for the whole area. He invented lots of mining machines including the Mawco cutter/loader, based on the famous Gloster Getter and named after him and his draughtsman, Collins (Mawson-Collins, Mawco)

During the war, Jean worked in a factory making ailerons but not for any types that Roy flew. 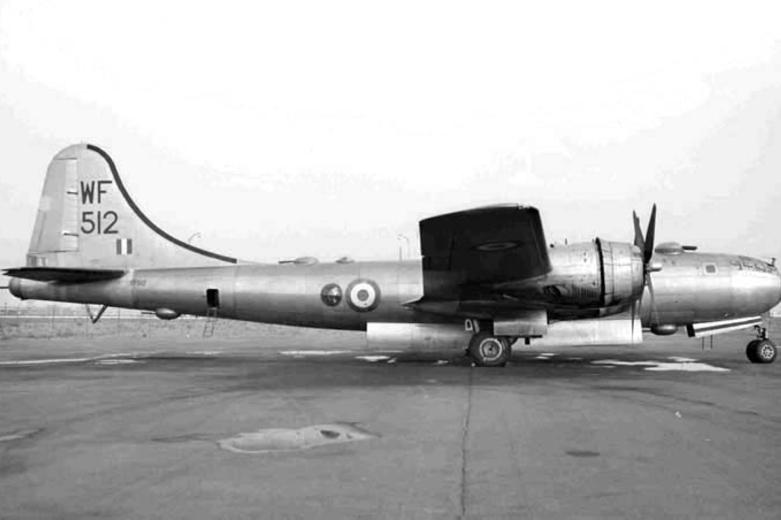