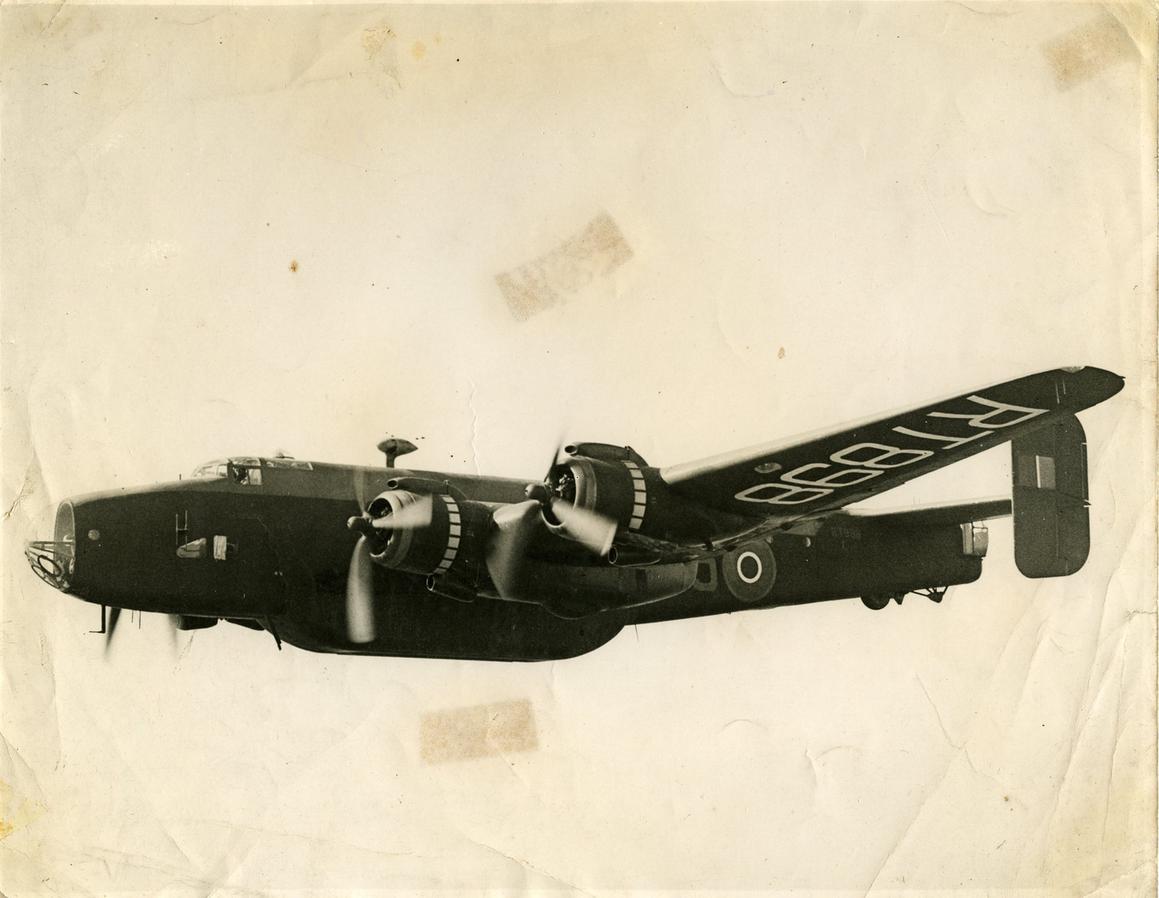 In November 1945, the 6th Airborne Division was despatched to Palestine as a quick reaction peace keeping force for the British Empire, and 644 Squadron were ordered to lend them their support and so accompanied them to RAF Qastina in Palestine (now Hatzor Airbase). The RAF we now in need of pilots to fly the Handley Page Halifaxes that had been converted to transport duty and that were on strength with the squadron. Roy was called back to fill a transport pilot's role. He was first sent to RAF Snaith, Yorkshire, for a weeks R.A.T. course (Radio Approach Training) on Airspeed Oxfords and Link trainer in March 1946. He then converted to the Handley Page Halifax at RAF Linton-on-Ouse Heavy Conversion Unit from 23rd March to 30th May 1946. Before joining his squadron, Roy was sent to 1385 Heavy Transport Support Unit, RAF Wethersfield, Essex for a months course towing gliders and dropping paratroops and jeeps. He finally joined his squadron on the 3rd August 1946 at RAF Qastina, Palestine​. The following month, 644 squadron disbanded by being re-numbered to No. 47 Squadron RAF.

​On another note whilst we are still in Palestine, I still need to get all of Roy's medal citations so I will have to update when I do but we were always told that when Roy was stationed in Palestine, the airfield came under attack by some insurgents or other. During the attack, Roy shot one of the attackers with his service revolver, as he was going to blow up one of the aircraft. I was told he was decorated for that act but now I'm unsure as to when this might have happened. I assumed it was during the so called 'night of airplanes' but I now know that that was on 25th February 1946 and Roy didn't arrive in Palestine until August. I also thought the award was the Palestine clasp on his General Service Medal however I now know that any personnel who served there after the state of emergency was called on the 27th September 1945 got one of those so I need to investigate further to resolve this.

​It was common for RAF officers to carry a sidearm when posted abroad or when they were stationed during troubles of some sort. Roy never talked about having a revolver at any time of his RAF career so whilst I was googling some information on what weapon he might have had I came up with this little titbit which I thought was worth sharing as it made me smile:

'The eventual Station Commander at Little Staughton, G/C Peter Cribb, had gained a reputation for using his service revolver to turn off the light in his hut when he was too lazy to get up. His obituary in the Telegraph said the following:
"The winter of 1942-43 was especially cold, and both men were anxious to avoid being the last into bed, and thus responsible for switching out the lights. Eventually Cribb circumvented this problem by shooting them out instead with his .38 revolver. Due to the cold and an alcoholic haze, he frequently missed. In the morning his batman would wake him with a cup of tea and inquire: “Shall I reload, sir?”"'

Roy is on the second row, 6th from the left

Handley Page Halifax A Mk. IX Transport. build expressly for Airborne Forces. It had the same glider tow hook as was normal in the airborne variants, and the capacity to carry sixteen paratroops. Parachute exit was via a hatch in the floor. Defensive firepower was provided by a Boulton Paul D turret at the rear of the aircraft, mounting two .5in Browning machine guns. 145 Mk IXs were constructed, but the type entered service in November 1945, after the end of the war. It remained in RAF service until 1948. 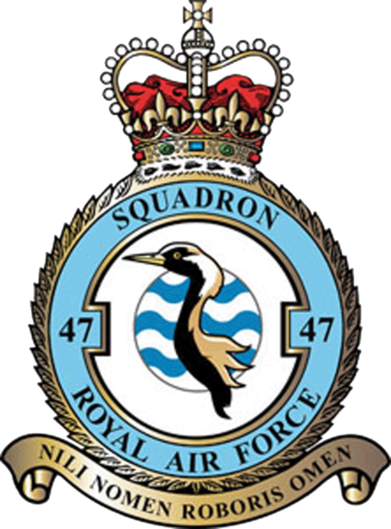 Getting back to the story, Roy and 47 squadron moved away from Palestine at the end of September 1946 finding a new home at  RAF Fairford. The squadron continued in their role as heavy transport support and exercises at the base included the obligatory glider towing and paratroop drops until the end of May 1947. He was sent on the 1510 RAT course at RAF Bircham Newton, Norfolk before returning to Fairford for only one month. In July he was back at Bircham Newton, but this time at the TICU, a training and conversion unit as he was selected to convert to the Avro York C1. By the end of October he was on course 42 at 1332 HTCU at RAF Dishforth, Yorkshire, getting a taste for flying with 4 Merlin engines again. Still at Dishforth

The Avro York C1 was a transport aircraft developed by Avro during the Second World War. The design was derived from the  Lancaster. Several sections of the York and Lancaster were identical. Due to priority being placed on the Lancaster instead, production of the York proceeded at a slow pace until 1944, after which a higher priority was placed upon transport aircraft.

The York saw service in both military and civilian roles with various operators between 1943 and 1964. In civilian service, the British Overseas Airways Corporation (BOAC) was the most prolific user of the type. Notably, a number of the type were used as air transports of heads of state and government; VIPs who flew on Yorks included British Prime Minister Winston Churchill, French General Charles de Gaulle, Indian Governor-General Lord Mountbatten and South African Prime Minister Jan Smuts.​,

​Roy joined his new squadron, 206 at RAF Lyneham, Wiltshire, on the 22nd March 1948. In May this year he was selected to travel from Lyneham to RAF Castel Benito (later RAF Idris) in Libya then onto RAF Fayid in Egypt, Castel Benito again and back to base.

The following month he was selected as a 2nd pilot to the skipper, Flt. Lt. Morden, on an epic round trip taking in: RAF Luqa (Malta), RAF Fayid (Egypt), RAF Habbaniya (Iraq), RIAF Mauripur (Pakistan), RAF Negombo (Sri Lanka), RAF Tengah (Singapore) and return via all bases in the reverse order.

​During this time that Roy was seeing the world, things were hotting up in Germany as the Soviets started flexing their muscles.