Roy with one of his oppo's Walt Hopkinson from Piccadilly Road, and his first love - Beer - in the Bridge Inn, Thankfully the Bridge doesn't have that wallpaper anymore. 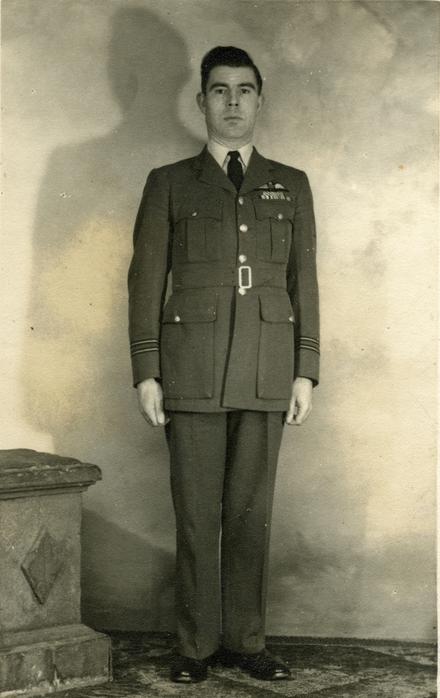 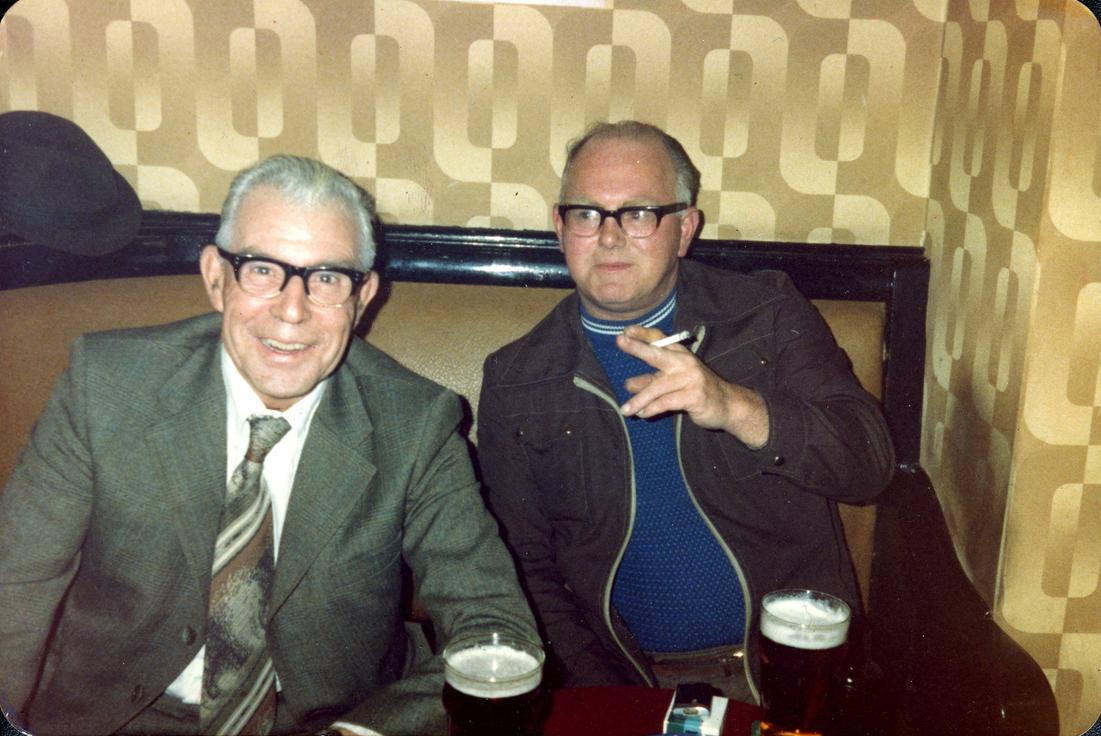 You can take a lad out of Derbyshire but you can't take Derbyshire out of the lad. Roy decided that he was going to 'get his face mucky' again. He went back to the profession he left in 1942, after a brief stint working for Kitchen Engineering in Chesterfield making buckets for earth moving machinery, he became a fitter welder at Annesley Colliery in Nottinghamshire.

​At some point whilst working at Annesley, he got a start with a contracting company at the pit, a firm called Metry Engineering in Stavely near Chesterfield. Metry contracted out fitter welders to the coal board and Roy would work at all sorts of collieries, mainly local but some further a field. I think, after the RAF, Roy was a little disappointed with his job. It was certainly a far cry from the adrenalin fuelled life he was used to. All I remember him saying about it, was that he was just waiting until he retired and he could collect his RAF pension. He looked forward to his retirement, if there was one thing the RAF gave him, it was the drinking culture that putting your life on the line gave them. After a sortie, they would soon be found in the mess having a beer and that didn't change much during Roy's time in the RAF and not at all when he left. He was a big drinker. We would have described him as a bit of an alcoholic if it wasn't for the time in the late seventies when he was working short time, three day weeks, money was short and he only went for a drink on a Saturday. Maybe an alcoholic wouldn't have done that, preferring to drink all the housekeeping money. 'Any road up' as they say in Derbyshire, Roy spent his free time in the pub with his mates. He would spend quite a bit of time with his brother Charlie Mather, who was an electrical engineer at Arkwright Colliery. They would do the rounds of the Chesterfield pubs, the Bridge Inn (Hollis Lane and still open), The Olde Feathers (Lordsmill Street and now a Dominoes) and the Spital Hotel (Spital Lane and now a Co-op), playing darts, smoking Park Drives and drinking beer. Along with my uncle Charlie, Roy had a lot of other mates mainly from Markham works, later to become Kvaerner, which was close to the Bridge Inn and is now a housing estate. 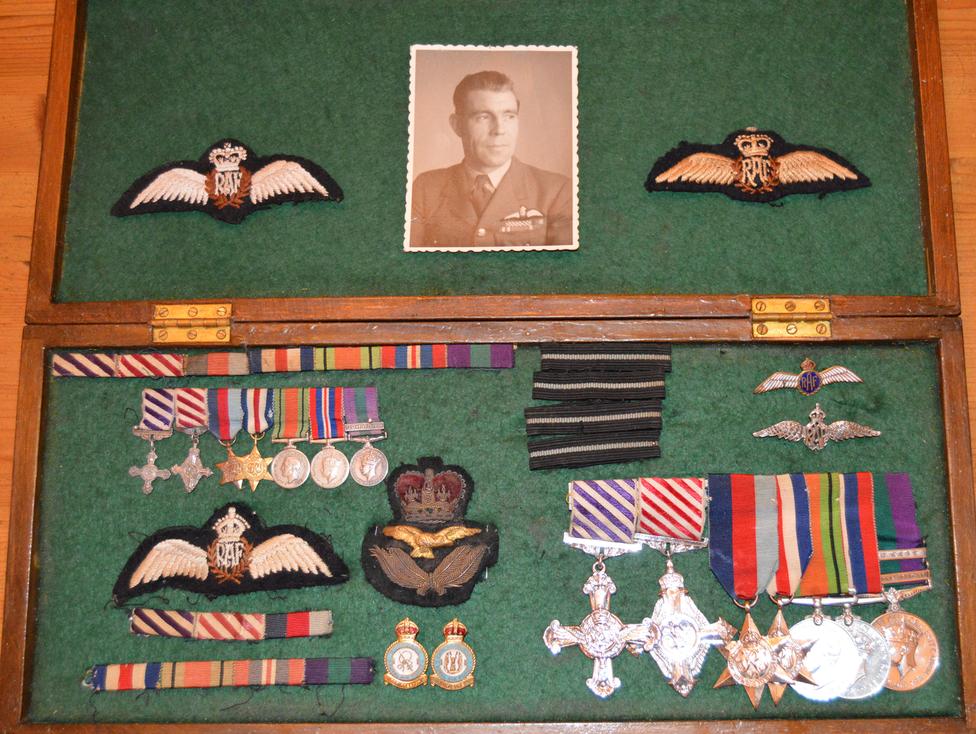 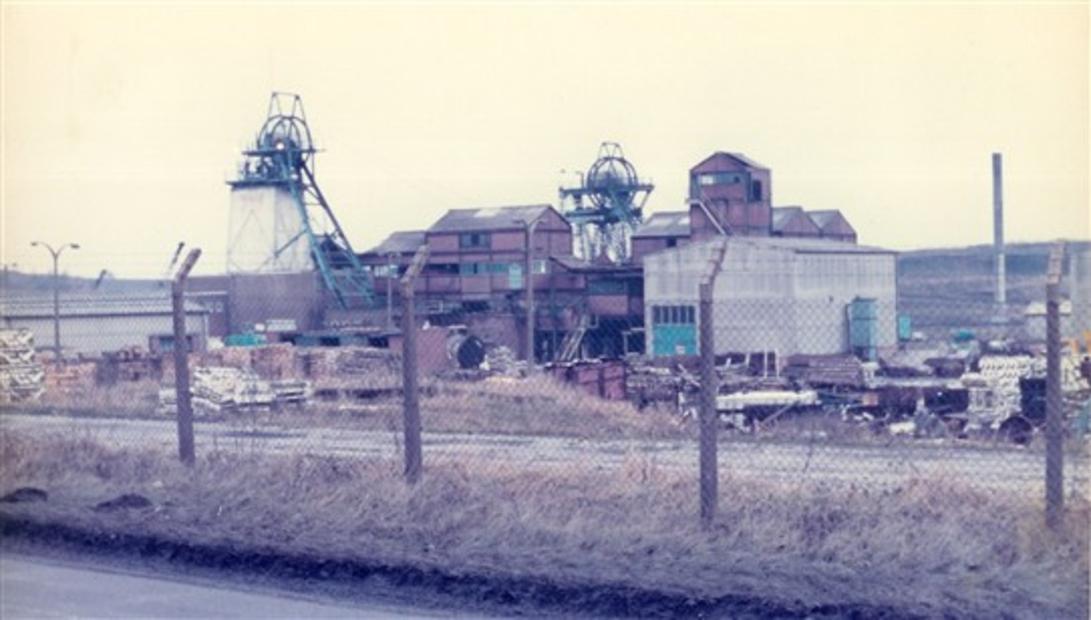 If I knew then what I know now having researched his career and read about others who had less lustrous but more fated careers, I think there would have been at least a guard of honour and maybe even full honours at his funeral. Maybe in the future I can make something happen, who knows.

That was the story of a Lancaster bomber pilot who did his duty heroically during the war, served his country in post-war times, fed the people of Berlin, flew the flag in Australia, fought for a deluded government in Egypt and who was an exceptional pilot during Britain's cold war.

Roy never really talked about anything to me let alone his time in the RAF. To an outsider, he was a quiet and unassuming man, not willing to shout about his exploits. Whether the fact that Bomber Command was vilified after the war with some going as far to say they committed atrocities had anything to do with this, I don't know but it must have had some impact on the wartime crews.

​All Roy wanted, now at the age of sixty, was to retire and take his much deserved RAF pension, which would have kept us fed and Roy watered. It wasn't to happen.

Roy started to get some stomach pains early in October 1981. The doctor referred him to Walton Hospital to do some tests on him and found he had stomach cancer. A week or two later, a nurse was making Roy comfortable in bed and asked him if he would like a cup of tea which he gratefully accepted. She turned to get his mug from a side table and when she turned back, Roy had gone. A lifelong Park Drive untipped smoker, lung cancer eventually got the better of him.

​He was cremated at Brimington Crematorium, Chesterfield, with little ceremony and only family and a few drinking companions in attendance. The local vicar who led the service, asked the family beforehand as to some background to base his homily on and was interested to hear about his RAF career. So much so that he contacted the Derbyshire Times newspaper which ran a little article entitled 'Bomber Ace Dies at Sixty'. Apart from that, his passing went by practically unnoticed.​​