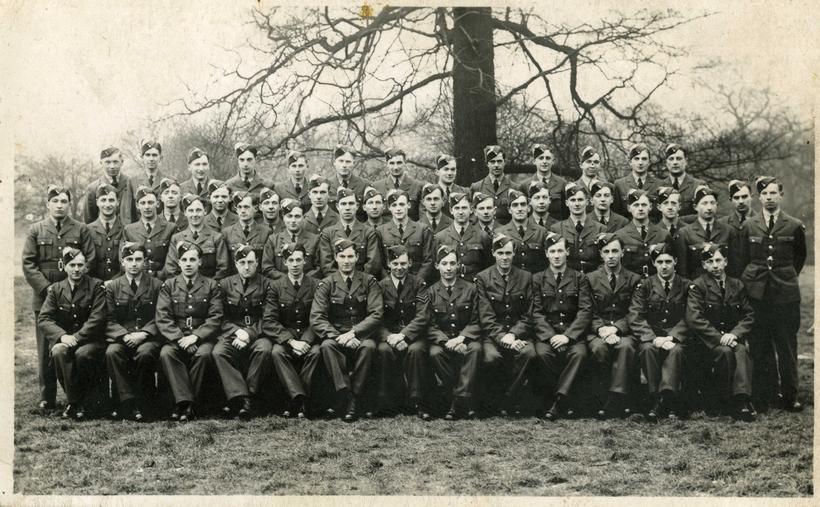 ​Pete muses that this picture was probably taken in Regent's park as the men used the zoo's restaurant for their meals. Looking closely, all the aircrew had the distinctive white flash on their hats marking them out as aircrew cadets. One of these candidates referred to this as such : 'The white flash meant that when we got time off, we could walk into any pub in London and we never bought a single pint of beer. The people in there, that had gone through the Blitz, when they saw there were aircrew in there said “Give them a pint”  and nobody would let us buy beer.'

​I'm sure this would have suited Roy down to the ground as he had more than a fondness of this type of beverage.

​He was sent next to the Air Crew Disposal Wing at Brighton from 14th March to the 4th April 1942. This was a centre for mustering aircrew awaiting allocation to, or between, categories. They were usually billeted in the Metropole hotel although the Grand Hotel was also commandeered by the RAF. Several hundred military men were stationed at the Brighton aircrew holding unit from the RAF and other allied nationalities.

​Number 9 Initial Training Wing in Stratford upon Avon was his next posting. The bulk of this was 13 weeks of square bashing, knocking them into shape, but although there was a lot of this, in the main the lads spent their time in lectures on subjects like maths, navigation, theory of flight, aero engines and meteorology. On the 14th July 1942 he was off again to No. 7 Elementary Flying Training School at RAF Desford. Here he was given his first flight training in a de Havilland DH 82a Tiger Moth. The purpose of the EFTS as the name suggests was to counteract the high rate of attrition that was encountered in the early days of the Arnold Scheme (the sending of cadets to North America for flight training) by weaseling out potential unsuccessful pilots before they were send to the States. He left here on the 31st of July for the air crew despatch centre, Heaton Park, Manchester. As far as I can gather, aircrew were sent here before they could be embarked on a ship to take them to Canada. I believe that several famous liners were used to take these crew including the Britannic, the Queen Mary and the Queen Elizabeth. Apparently these ships sailed as fast as they could unescorted and not in a convoy which would have slowed them down with their precious cargo of men. I can't find any record of which liner Roy sailed on but I according to www.ww2troopships.com, the Queen May seems to have been on this service during this time, however the dates are a bit squiffy. He was here for quite a while waiting to be sent out, but he left on the 9th October 1942.

​On the 15th October 1942 after a 6 day journey, he arrived at 31 Personnel Depot, Moncton, Canada and if www.ww2troopships.com is to believed, via New York. After three weeks of sorting out their immigration papers, he eventually was allowed to take his place with the Number 5 British Flight Training School at Clewiston, Florida, and after a three day rail journey, he arrived at Embry Riddle Field, Clewiston. 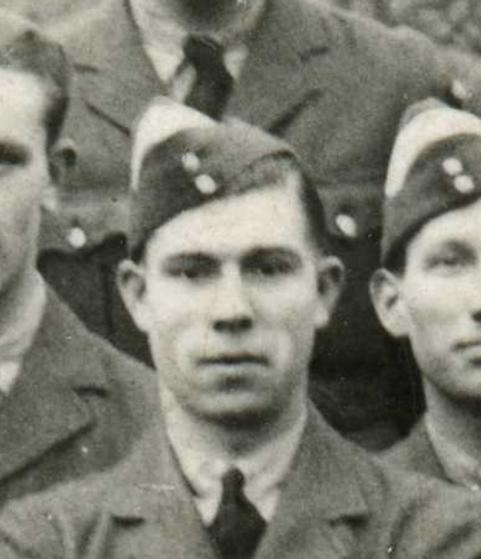 Roy must have done something right in his job as Aircraftsman or 'Erk' as they are affectionately called in the RAF, as he was soon made up to 'Leading Erk' or leading aircraftsman. Aircraftsmen replaced the old air mechanic rank and their duties mainly were to keep all the aircraft airworthy. They were effectively the ground crew of any squadron and as a welder/fitter as Roy was, he would have used these skills to effect this job.

​At some point, maybe desperate for pilots or just evaluating existing staff, Roy got a trial evaluation as a pilot with the ACRC at London. He was on 14 flight A squadron from the 4th March to the 14th march 1942 . The purpose of the Air Crew Receiving Centre, or ACRC, was to fill the need for training the thousands of air crew required during the war that the existing flight training system could not cope with. This ACRC was based at lords cricket ground and a number of buildings were used to feed and examine these crews. Civilian volunteers received a letter telling them to report to Lord's, and there they were assembled into flights, each under the command of a corporal, kitted out and given accommodation in flats to the north of Regents Park. The 2 week course enabled them to receive basic instruction, go through rigorous medical checks and take a series of tests to identify suitable roles for those who passed. The men were then posted to Initial Training Wings round the country.


During my research into my dad's career, I made a great contact in a very knowledgeable friend called Pete. Pete is an ex-pat who lives in Canada now but who has given me so much information he has enabled me to correlate most of the info I had in order to form this website and as such I will be eternally grateful to him.

​During the course of this website, many references will be made to ' according to Pete '. Pete would want me to say at this point that the info he has given me is mainly best guesses and what we like to call 'musings', however I have come to find them deadly accurate 'musings' drawn from his vast experience in the aviation industry and his own research into his dads RAF career. Pete's dad and my own were in the same Lancaster squadron albeit at slightly different times.