227 sent 15 Lancasters out to attack Dusseldorf, unfortunately, Lancaster 9J-D and F/O Greenhill's crew never returned. On this evening raid, 992 aircraft - 561 Lancasters, 400 Halifaxes, 31 Mosquitos - dispatched to Düsseldorf. 11 Halifaxes and 8 Lancasters were lost, 4 of the losses being crashes behind Allied lines in France and Belgium. This heavy attack fell mainly on the northern half of Düsseldorf. More than 5,000 houses were destroyed or badly damaged. 7 industrial premises were destroyed and 18 were seriously damaged, including some important steel firms. This was the last major Bomber Command raid of the war on Düsseldorf.

227 sent 17 Lancasters out to attack Homberg without loss. 226 Lancasters and 2 Mosquitos of No 5 Group, with 14 Mosquitos of No 8 Group attempted to attack the Meerbeck oil plant at Homberg. The marking was scattered and only 159 of the Lancaster crews attempted to bomb. 1 Lancaster lost. It's not clear whether it was a fighter or flak but something hit the port inner engine, holed the fuselage and shot off the aerial of PB610 9J-O.

Two Photos taken from Roy's Lancaster 9J-O on that day showing the breach in the sea wall. I was thrilled to see these photos (thanks to Pete) however now I have mixed emotions after I googled Westkepelle Dyke.
In the town of Westkapelle, the 7th October 1944 is still referred to as 'The Bombardment'. RAF bombers destroyed the dyke to the south of the town in order to flood occupation troops in Walcheren and so make liberation easier.
180 inhabitants were killed in the bombing and the village was all but wiped off the face of the earth by the bombs and the incoming sea. As it turns out, my dad's raid came a week after the main dyke destroying raid, as they were returning to take out some gun emplacements before the island could be liberated by an allied amphibious landing.
However, according to a German report, this raid took another 100 civilian casualties and a further 30 German ones. Two weeks later on the 1st of November the area was liberated by the allies using landing craft through the breech in the dyke created by the raids.
I realise that there were many more raids killing many more civilians and that it was all a means to an end but I can't help wondering how my father would have come to terms with it if he had access to the information we have today regarding the consequences of the raids he participated in.​ 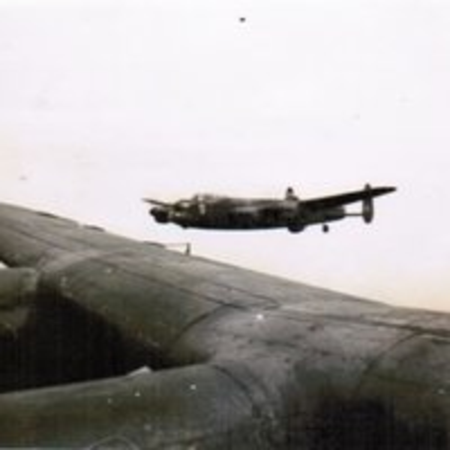 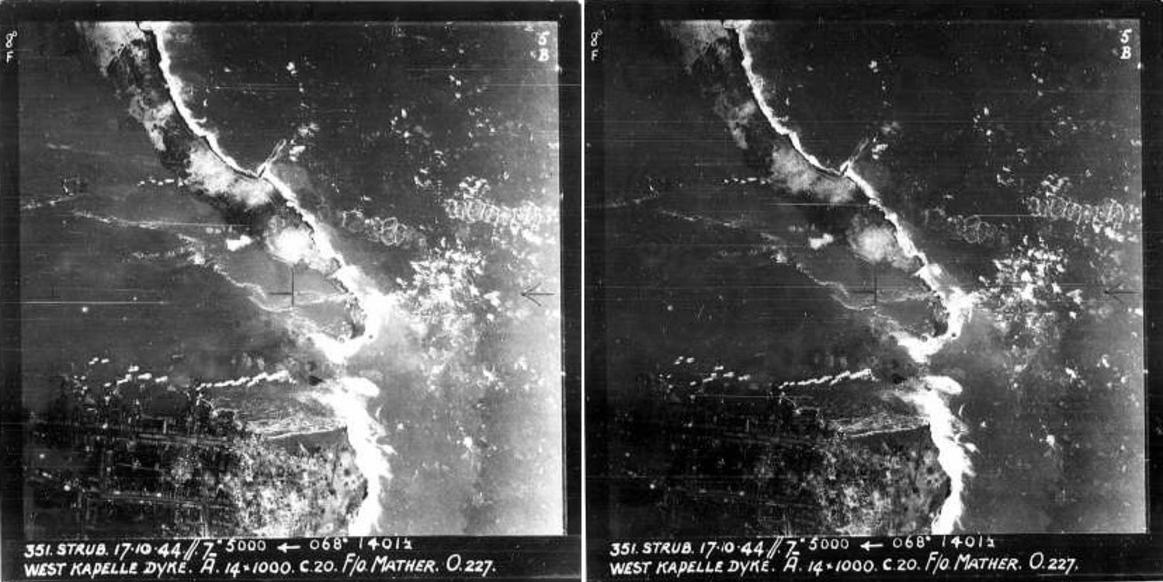 227 sent 2 Lancasters out to attack Westkapelle sea wall. On this day, 47 Lancasters and 2 Mosquitos of No 5 Group attacked the sea wall at Westkapelle on Walcheren. Bombing appeared to be accurate but no major result was observed. No aircraft lost.​

Taken from PA283 9J-J by navigator of Bert Allam (Pilot)

227 sent 3 Lancasters out to attack Flushing gun positions on this daylight raid  On this day, 160 Lancasters and 20 Mosquitos of Nos. 1 and 8 Groups attacked the Fort Frederik Hendrik battery position at Breskens, on the south bank of the Scheldt, and 115 Lancasters of No 5 Group attacked guns near Flushing on the north bank. Both attacks started well but more than half of the Breskens force had to abandon the raid because their target was covered by smoke and dust. Two large explosions were seen at Flushing. 1 Lancaster lost from the Breskens raid.