​The sunny climate of Florida must have seemed a very long way away from the cold and dreary England that Roy had left in October 1942. Far from the austerity of food rationing and want, this must have seemed like heaven, a place of bounty and safety, a far cry from war torn England indeed.

​According to other cadets memories, the Clewiston locals showed endless hospitality to the cadets, inviting them into their homes and organising dances and BBQ's.

​Flight training was a 27 week course. Roy was enrolled into course 12 and assigned to 'A' flight. As well as the flying, the cadets were taught basic principles of aeronautical engineering along with navigation, basic meteorology and aircraft servicing. I have all of Roy's notes and the few bits of texts the cadets were given during the tuition and they are currently on the long list of my dad's papers that I will be scanning in to archive them for the future. A great deal of time was spent plotting courses before flights with courses varying from rough short triangular circuits to longer multi-waypoint cross country ones. The Primary Trainer used for initial flights when Roy was there, was the PT-17A Stearman biplane​. The 'A' designation of this Boeing aircraft meant that these airframes were equipped with blind-flying instrumentation. Many of the planes were converted into crop-dusters post war, with one even famously featuring in the movie 'North by North-West', chasing Cary Grant across a field. 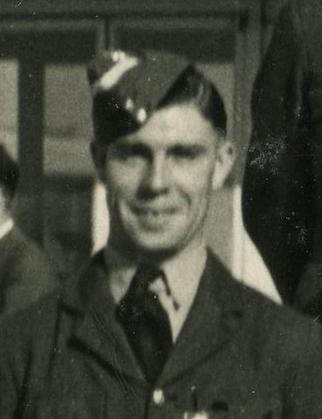 Roy finally gets his wings. The graduation photo from course 12. Note the American cadets wear their wings on the right breast and the RAF on the left.

Below is a gallery of some of Roy's photos and log book pages relating to his time in Clewiston. Clicking on the pictures will open them into higher definition with a bit of a blurb explaining the photo in most cases.

Once the primary training was completed, the cadets moved on to the more powerful North American AT-6A Harvard. Called the AT-6 Texan in the USA, the Harvard was an advanced monoplane with a metal tube fuselage and was powered by the Pratt & Whitney R-1340-49 Wasp radial engine, enabling it to perform more aerobatic manoeuvres than the Stearman. They were fitted with panels which were suitable for instrument and night flying, and the cadets were instructed in these tasks. It is a testament to the inherent robustness of these planes that there are many examples still flying today, including in a number of aerobatic teams.

The path to piloting a Lancaster
Subtitled: AFU, OTU, HCU and LFS 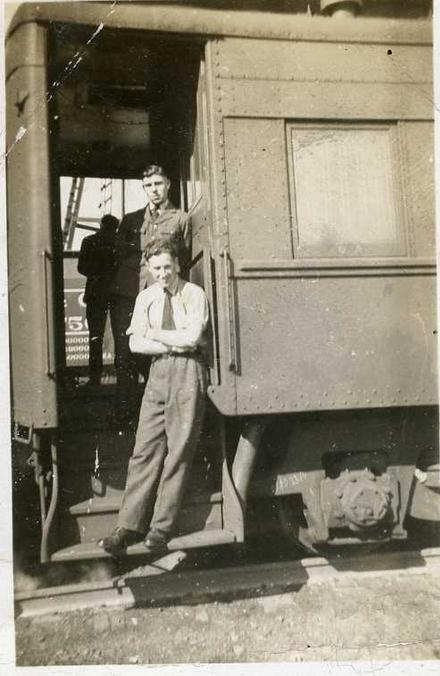 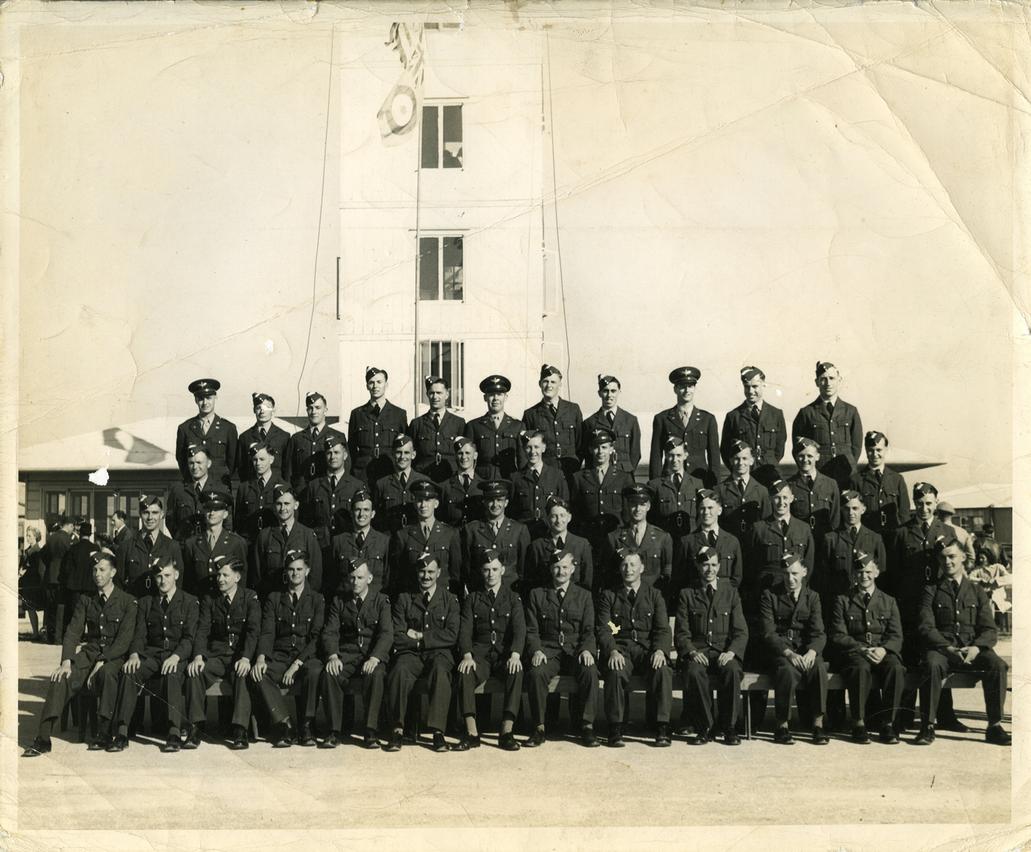 Flights A and B of course 12 at Embry Riddle Field, Clewiston, Florida

Roy and a pal on the train to Clewiston.

Click on the picture to the left to visit the excellent website of the Number 5 British Flight Training School.

​This will open in another window. 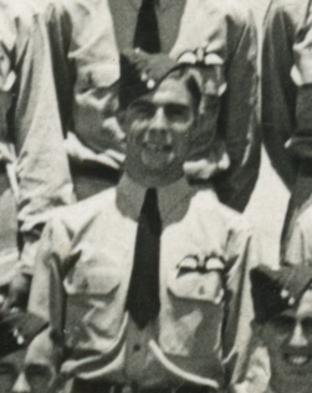 ​​​​​Roy finished course 12 on the 24th May 1943. Maybe it was a demonstration of how desperate was the need for new pilots in the European theatre that he passed the course with a below average assessment of flying ability, as the extract from his log book to left here, would seem to confirm. Best guess to the 'Following Points in Flying or Airmanship should be watched' is maybe : 'Poor Hand Work' ???? Watch this space.

​His flying ability would, however, improve greatly over his career in the RAF.

​After another three day train journey he arrived back in No. 31 Personnel Depot, Moncton, Canada, to await a fast liner back to Blighty. He arrived on the 28th May, but it wasn't until the 25th of June that he eventually embarked on a liner back to a home port, landing at either the Clyde or Liverpool and arriving at Number 7 Personnel Reception Centre, Harrogate, Yorkshire.

​Roy's war was getting very close. 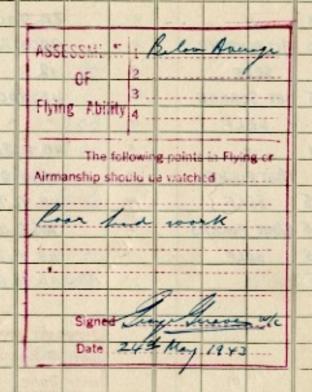