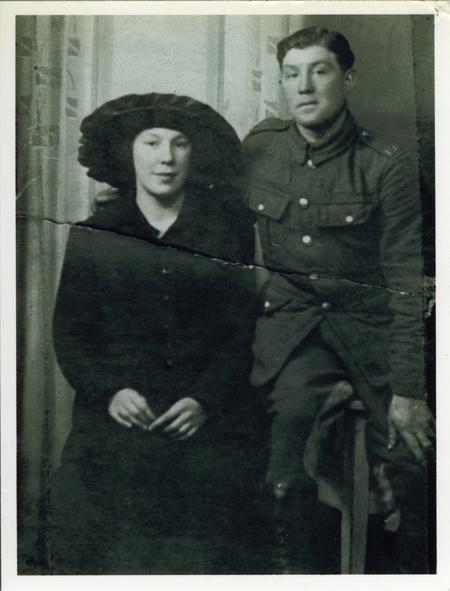 Robert and Lily married on the 26th March 1918 at Sheffield Register office. At the end of the war, they moved to Chesterfield with Robert becoming a Boilerman at Bonds Main Colliery, Temple Normanton. Times were hard and they had to sell the medal that Robert was awarded during the war to survive.
​This point of Roy's life is a bit sketchy, but the family grew with twin siblings, Charles William and Frederick Albert being born in 1925 and a sister, Edna, born in 1933. Roy must have been a relatively gifted child as he was sent to Chesterfield Grammar School. We remember being told that his mother Lily would make Roy run back home at dinner time to do his chores and then back again for the afternoon, however we hope it was whilst they still lived at Hasland and not when they moved to Temple Normanton, although it would not surprise us knowing the cantankerous nature of our grandma Lily.

​It was at Hardwick Colliery, Holmewood, that Roy started an apprenticeship as a welder, a occupation that he would go back to in later life.

​When war broke out in 1939, Roy was desperate to do his bit but being in a reserved occupation it was to prove difficult for him to join up. We were told that he made a couple of attempts to run away to join up during the next couple of years before eventually being successful in 1941 and becoming an aircraftman in the RAF. Roy's dad, Robert, died in 1947 from lung disease he developed when he was involved in a mustard gas attack during the great war.

Roy was born on Friday 13th April 1921 at number 19 Handby Street, Hasland, Chesterfield. His father, Robert Hylton Mather, was born in and named after, Hylton Castle near Southwick, which is now a part of Sunderland. Far from being from noble birth, Robert's mother, Isabella Mather, nee Garrett (and later to become McCully), was hawking fish from a cart whist heavily pregnant with baby Robert and was rushed into the castle's kitchens only to give birth to Robert on the kitchen table. Although he was from a family of mariners and fishermen, a young Robert found work at a Wearside Shipyard, becoming a ship's boilermaker before the great war interrupted this career. Robert joined the Army Service Corps and was sent to France. According to the family story, whilst in France, as a favour for an illiterate mate, Robert wrote letters to the sweetheart of this mate. At nearly the war's end, it wasn't clear whether the unfortunate illiterate didn't survive the war or something else happened, but Robert married this sweetheart himself.

​This sweetheart was Lily Simpson Potts, the daughter of Eliza Potts nee Reeve and William Henry Simpson Potts, a Sheffield Steelworker. William Henry fancied himself as a bit of an actor and left the poor Eliza with the young child Lily and emigrated to America to become a moderately successful Hollywood actor under the stage name of Harry Simpson.

Eliza wasn't as fortunate. By this time, using her maiden name of Roy, she had another child, Charlie Roy, by a man who put Eliza into a sanitarium convincing everyone that she was mad and this was the place where she ultimately passed away.​ 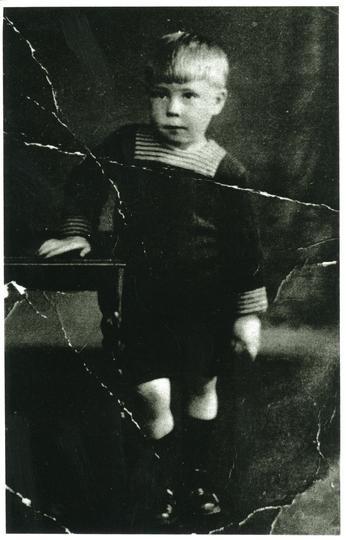 Robert Hylton and Lily Simpson Mather on their wedding day 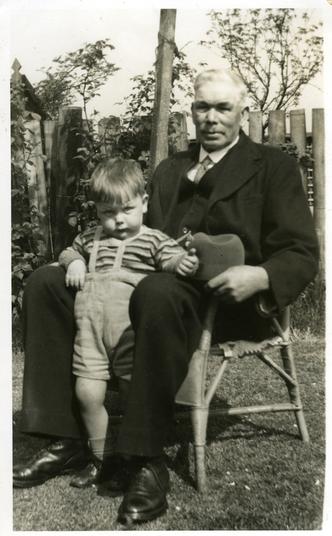