Richard was born 6th March 1924 in Ballarat, Victoria, Australia. He enlisted in Melbourne on the 10th October 1942. After their tour of ops, Richard was promoted to Flying officer and transferred to the reserves. He married an English Wren, Jacqueline Sly of Portishead on 30th August 1945. Richard stayed in England and after his discharge on 11th September 1946, became a Chemical Engineer at British Smelters Ltd., Avonmouth. He married a Hazel Hake in April 1953 in Bristol, England. He had five children, Peter, Philip, Caroline, Sally Anne and Mandy (please get in touch ☺) not sure which child went with which wife. Richard passed away on the 25th September 1981 in Coombe Dingle, Bristol, England. 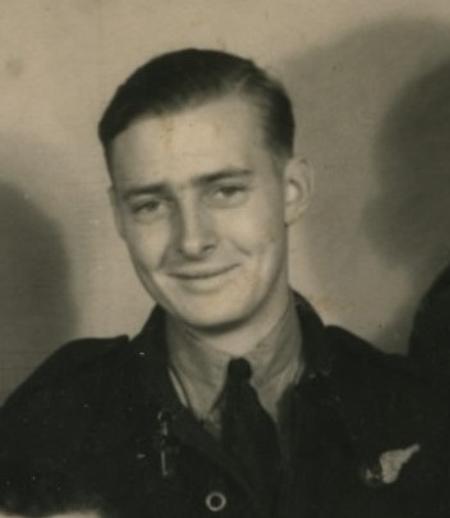