XV squadron was one of the last Washington squadrons to convert to the English Electric Canberra. On the 13th April 1953, Roy's 32nd birthday, Roy started his conversion to jets at RAF Bassingbourn, Cambridgeshire. The photo above shows the Gloster Meteor T7 WG 942, one of the aircraft Roy started his jet training in and 66 flights later, he was converted. Now a qualified jet pilot , conversion to the English Electric Canberra was a simple task. The Canberra was a stable aircraft to fly, and to look at one, it resembles a scaled up Meteor. Being very similar to the Meteor, it took only 13 flights with 231 Operational Conversion Unit before his conversion was complete.

XV Squadron photo taken on a chilly winters day, in front of a B2 Canberra and Tattersall Castle, which features on RAF Conningsby's Crest 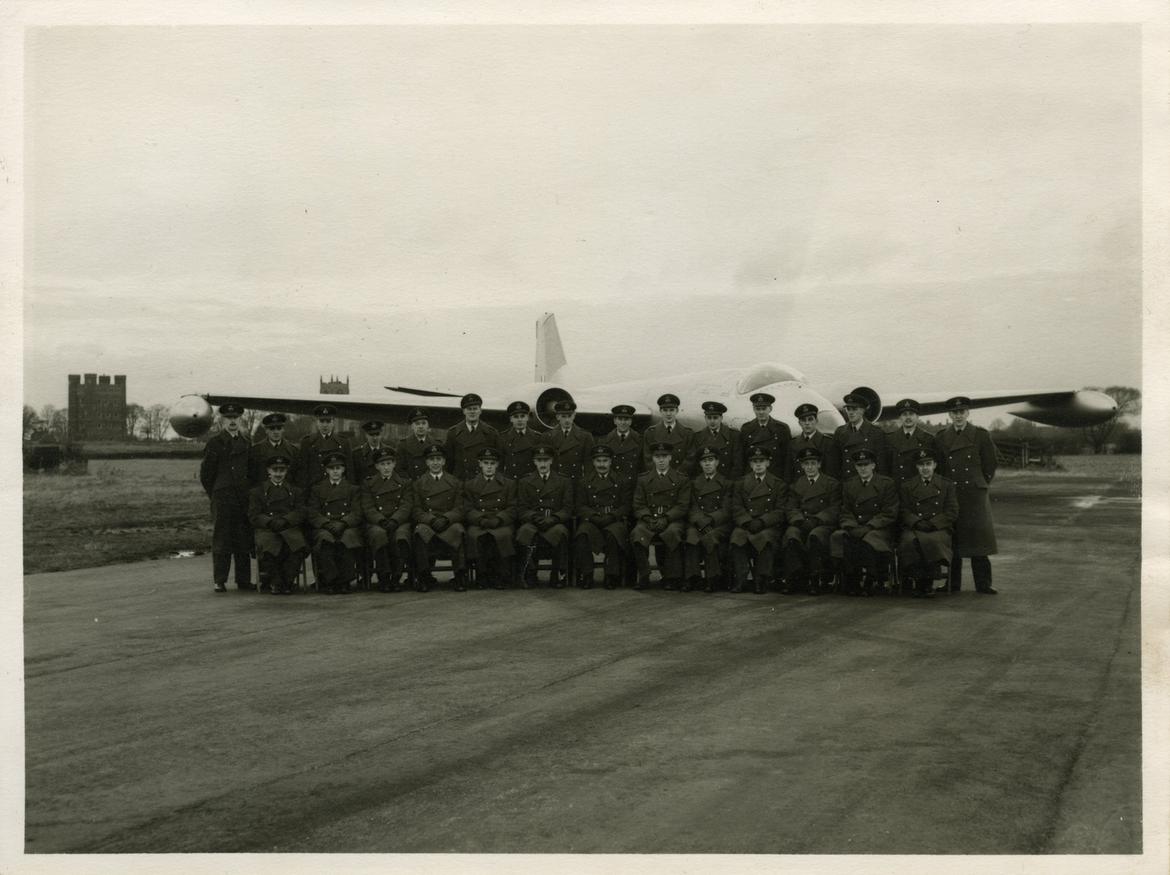 XV Squadron Canberras taken at Coningsby or Cottesmore. WH882 was eventually destroyed on a mid air collision at Johore, Malaysia on 13th December 1957 with the loss of all crew

XV Squadron Canberra taken at Coningsby. The hangar on the left is the one used by the Battle of Britain Memorial Flight today 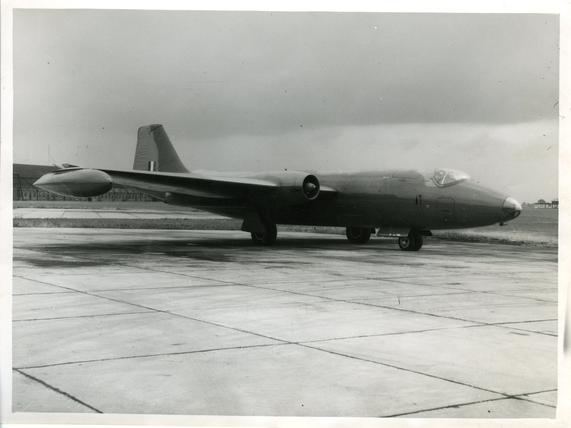 On the 15th February 1955, Roy would be leaving XV Squadron having flown a total of 4131 service hours and attaining a rating of 'Above the Average' as a Jet Bomber pilot. What came next would prove to be the pinnacle of his career. Roy was now in the upper echelons of the RAF's top pilots and only the best were selected for the 'V Bombers'

In addition to the exercises, Roy flew in a couple of bombing completions, the Lawrence Minôt Bombing Competition, an annual RAF Bomber Command inter-squadron competition to win a trophy given in honour of WW1 pilot, Captain Laurence Minôt MC (between 23rd and 24th September 1953) in WH 725 , and Bomber Command's blind bombing competition on the 23rd February 1954 in WH 731 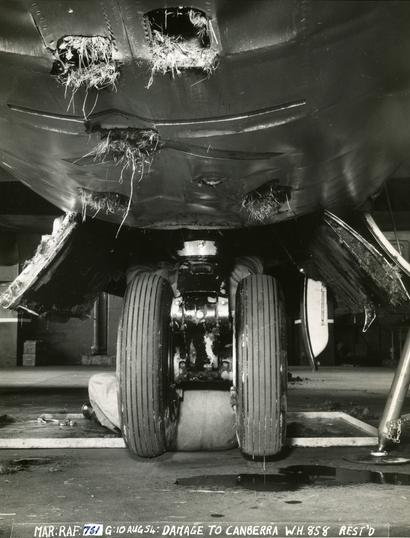 XV Squadron group photo with some names. Many thanks to Phil Ward for all his help 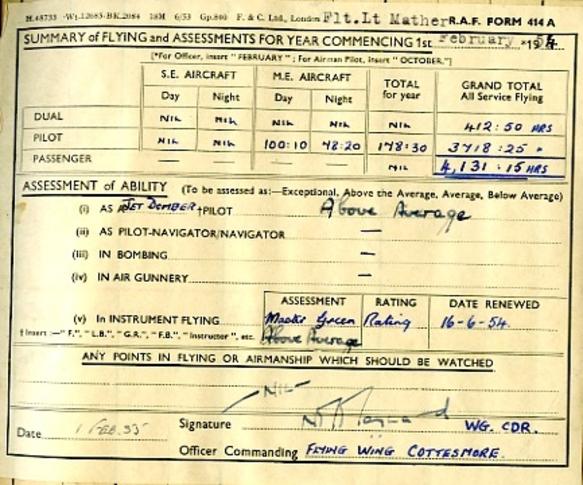 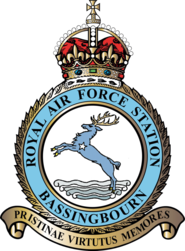 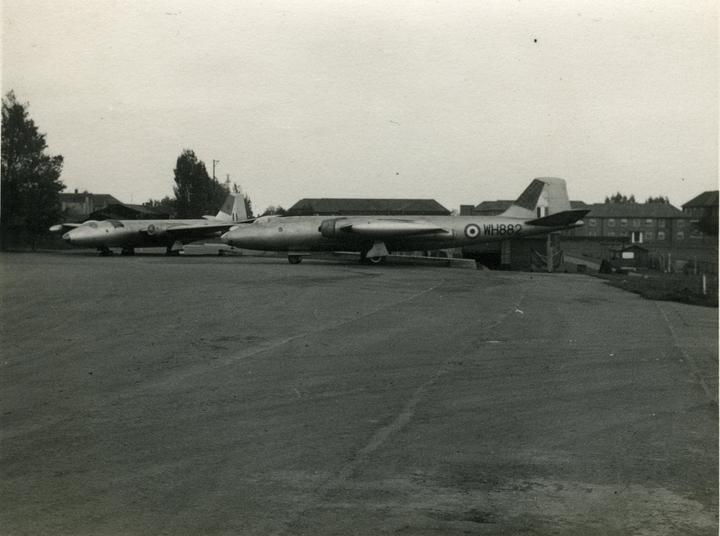 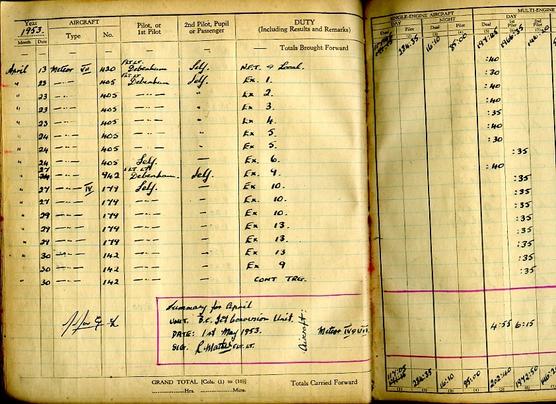 1st Pilot of the 1st V-Bomber

Roy was to fly numerous exercises whilst at XV Squadron. A few notable ones are listed as follows:

'Exercise Momentum' - This took place between Friday, August 14th, and Sunday, August 23rd 1953. Its purpose was to exercise the air defences in interception of high-level and low-level attacks on targets in the UK and against coastal convoys. The exercise covered most of the United Kingdom and some coastal areas of Northern Ireland.

'Exercise Heads Up' – unknown exercise between 27th and 30th September 1953

On the 27th July 1953, Roy re-joined his squadron at RAF Coningsby, and straight into 'Exercise Coronet'. 'Exercise Coronet' was a Europe-wide war-games in which two warring nations, 'Westonia' and 'Fantasia', were engaged in conflict and the UK played the part of 'Wessex', the most powerful state in Western Europe. 'Wessex' delivered an ultimatum to the effect that unless hostilities ceased by midnight on July 25th, she would use her forces to destroy by air attack the war-making capacity of both countries. A fourth nation, 'Franconia' played by the French air defence force, remained neutral, but exchanged air information with both belligerents.

Stood behind Roy is a young plotter called Brian Payne. Brian has an excellent book out called 'Father and Son in the Royal Air Force'. Brian remembers flying with Roy on a few occasions and on the first occasion they managed to drop a practice bomb on a German factory, which didn't go down too well. However when the crew returned and were met by the CO to be told about this faux pas, one of the officers was heard to say 'German factories were built to be bombed'. Not very politically correct. This is a message Brian sent to me:

"Your father was posted to XV squadron when he flew the B29 four engined Washington (until XV squadron handed the aircraft back to the Americans) prior to being re-equipped with  the twin jet B2 Canberra. Your farther and Eddie Ladro were the only pilots from the Washington chapter who re-trained to fly the jet and Roy gained twin jet experience prior to flying four Jet Valiants at RAF Marham whilst Eddie Ladro continued to fly the twin jet Canberra.

When I flew with Roy I was just 21 years old and rather immature. He was a mature experienced pilot.
On XV squadron aircrew with war experience tended to congregate together and us young bloods stayed with other
aircrew of the same age."

RAF Marham Canberra after wheels up landing. It was repaired and eventually scrapped at 23 Maintenance Unit in 1964 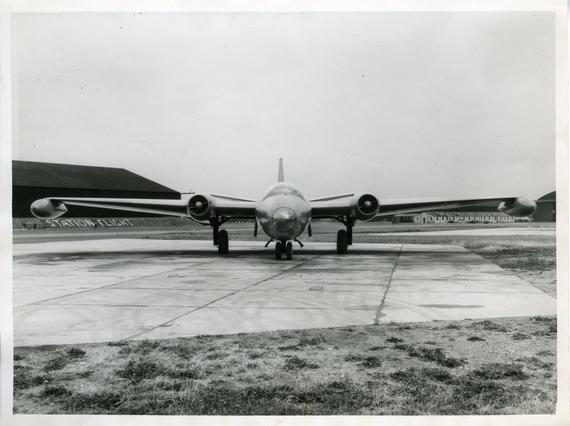 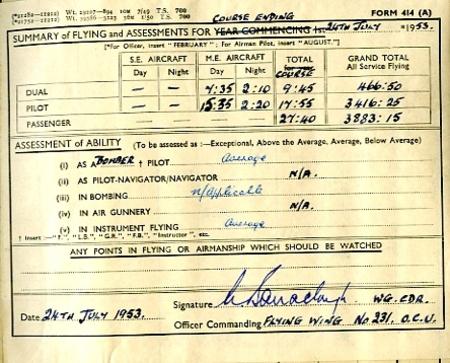 XV Squadron moved base to RAF Cottesmore, Rutland on the 19th May 1954. Roy flew WH731 for the relocation and it was from Cottesmore that Roy flew 'Exercise Intensity' and 'Exercise Battle Royal'

Although the English Electric Canberra was built as a medium bomber new classifications were brought in to align with those of the USAF. The USAF classified their fleet by the range of the aircraft, the terms 'light' and 'medium' was based on radius of action rather than all-up-weight-'light' meant less than 1000 nautical miles and 'medium' 1000-2500 nautical miles. Therefore the Canberra was designated part of the RAF's light bomber force.

​The Canberra proved to be a very marketable aircraft with orders been taken all over the world. Throughout the majority of the 1950s, the Canberra could fly at a higher altitude than any other bomber or even any other aircraft in the world. In 1957, one Canberra established a world altitude record of 70,310 feet (21,430 metres).

Two Canberras were taken to the American Glenn L. Martin Company for them to produce a licensed version of the bomber, the B-57 Canberra. It is a testament to the capabilities of the Canberra that three B-57 variants are still in service with NASA today for high altitude experiments. 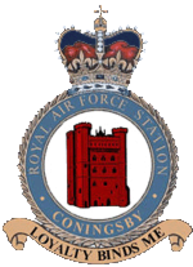