This image of the airfield at Cairo West shows bomb damage to runways, hangars and parked aircraft. Three Egyptian Air Force Vampire fighter-bombers are visible, parked north-east of a destroyed aircraft hangar, while five Lancaster bombers on a parking apron to the east can be seen to have been heavily damaged.

The next day, the 1st November, The bombers were despatched again to Cairo West. This time Roy and his crew dropped their bombs. The raids were mostly ineffective with the majority of the damage made by daylight strafing runs by carrier based Seahawks, Sea Venoms and Corsairs and land based Venoms, Thunderstreaks and Hunters.

The next evening the Valiants were dispatched again, this time to target the Huckstep Barracks which contained many armoured fighting vehicles and large quantities of military transport.

​Meanwhile in the States, President Eisenhower was livid about the Anglo-French-Israeli operation. The British and French governments had made a catastrophic error in assuming they would get American support. Most seriously, as far as Eisenhower was concerned, was the fear that the operation would only push Egypt closer to the Soviet Union in the Cold War (which it largely did) and that it distracted from the more pressing situation in Hungary. The Hungarian Uprising, a nationwide revolt against the government of the Hungarian People’s Republic and its Soviet-imposed policies, broke out just days before the Israeli assault and threatened to destabilise Eastern Europe. The President therefore put his political foot down and demanded the British and French withdraw threatening to cut off financial aid if they didn’t which would have had disastrous consequences for both countries. The conflict officially ended on November 7th 1956 with the British and French withdrawing rather embarrassingly and with Nasser still in power.

​It was on the morning of the 7th November that Roy and his crew flew WZ363 back to RAF Wittering.

​It was the first and only time that the Valiant would be used in anger, and apart from the Avro Vulcan's bombing of Port Stanley during the Falklands Campaign, the only other time for any of the V-Bombers.

​In a great little story by one of the other pilots on the operation, Wing Commander Philip Goodall, I particularly liked the following memory.

"There were two other aspects which surprised us. We were all issued with revolvers, as a means of protection in the event that we were shot down. We were also given a British Government Promissory Note which offered to pay a vast sum to anyone rescuing the holder, the aptly named “gooly chit”! Unfortunately I cannot remember the financial offer but I know they were assiduously collected after each sortie. I suppose the Air Staff were worried that if we discovered we were only worth £100, we might go on strike! " 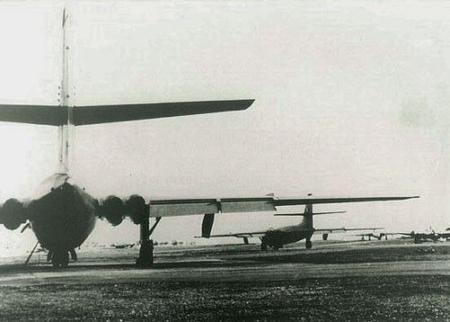 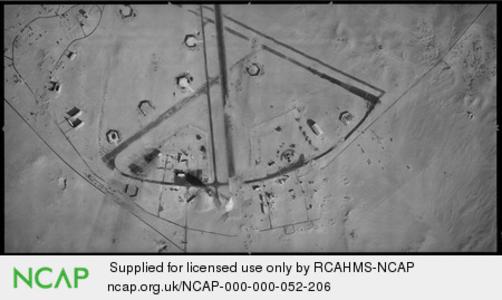 On the morning of the 31st October 1956, Roy and his crew took off in WZ363, destination RAF Luqa, Malta. Later the same afternoon they would be sent out on a mission to bomb the Cairo West airbase which was the home of several Il-28 Beagles which had been bombing targets in Israel.

Valiants on the apron RAF Luqa 1956

Eight Valiants in total were sent, however as the bombers approached the African coast, the British prime minister, Antony Eden, learnt that American civilians were evacuating Cairo near the target zone. Horrified about potential American casualties, he ordered the Valiants to return. The story goes that some captains didn't believe the recall message and it wasn't until they heard it from Group Captain John Woodroffe, the commanding officer in charge of the Suez campaign and station commander of RAF Wittering, and also the man who was the Master bomber on one of Roy's Lancaster ops during WWII. 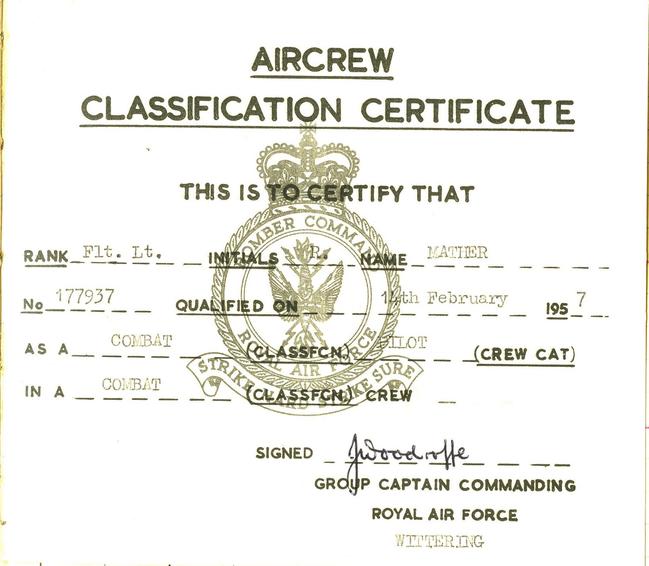 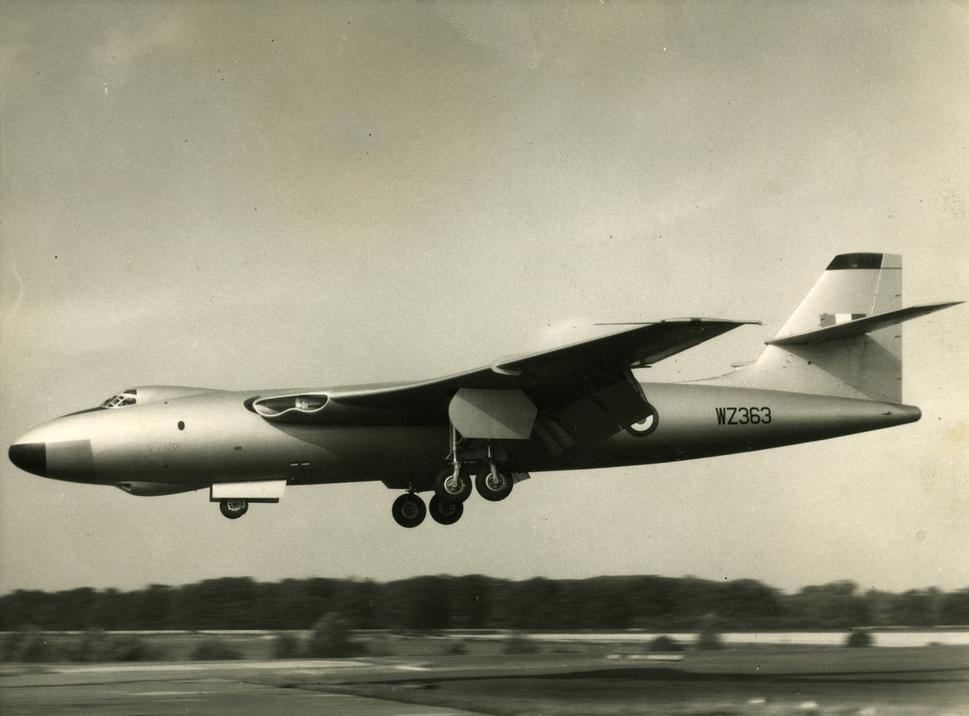 Operation MUSKETEER was a British-French-Israeli plan to capture the Suez Canal in November 1956, following its nationalisation by the Egyptian leader, President Nasser. An attack on Egypt by Israel was designed to be the justification for British and French forces to act to secure the safety of the canal. While the operation was a military success, it was a Cold War political disaster for the UK and France, leading to their isolation from their western allies, especially the USA, and encouraging Egypt and other Arab states to cultivate closer relations with the Soviet Union. 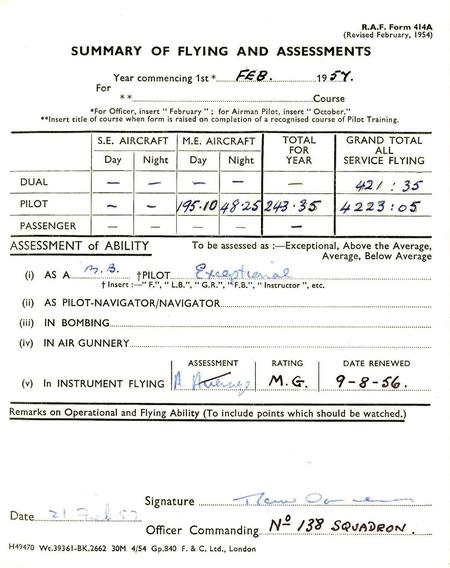 138 squadron Vickers Valiant B. Mk.1 WZ363. This was the aircraft Roy piloted during the raids on Egyptian targets.